Bhumi tells Priya about her relationship issues. Priya advises her to take a break so that she (Bhumi) can make the right decision. Read the update. 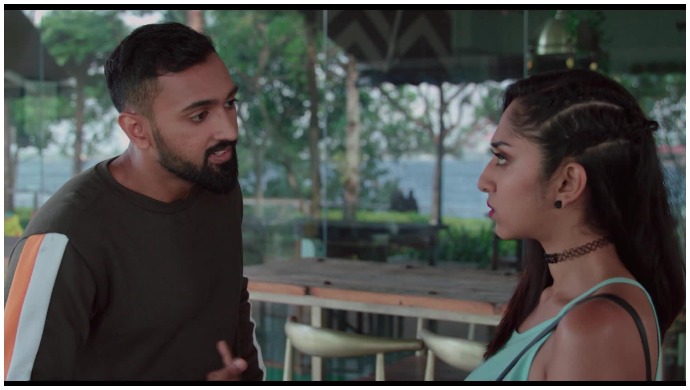 In the previous episode of Uyire – Ties that Bind, Nishok apologises to Bhumi and asks her about her past boyfriends. Then he also enquires about her sister Priya’s past relationships, revealing that Ashwin had asked him to get the information. While Bhumi does not disclose anything about Priya’s past, she calls Priya and informs about Ashwin spying on her.

Meanwhile, Kamini reveals to her boyfriend that she is shifting to a small house. Ashwin acts rude to Priya as he feels that she is hiding something about her past. Later, Renuka leaves Raghavan’s house, pretending that she does not want to be the reason behind his and Charu’s separation.

Bhumika questions Nishok about not informing her before he went partying with his (girl) friends. Nishok retorts and says that if the relationship is casual between them, then why does she care so much. He also tells Bhumika that she does not have the right to ask him anything.

Meanwhile, Rajesh’s girlfriend enquires about the parcel that he received the other day. She tells him that she knows that he threw it and lied to her about delivering it to a friend. Just then Rajesh changes the topic and gifts her a diamond ring.

Later, Ashwin tells Priya that he expects her to be honest and never keep secrets from each other; but the latter ignores the conversation and goes to sleep. Bhumi tells Priya about her relationship issues. Priya advises her sister to take a break so that she (Bhumi) can make the right decision. So, Bhumi asks Nishok for a break. Stay tuned!