Raghavan stands speechless as Renuka expresses her feelings to him. Read the full update. 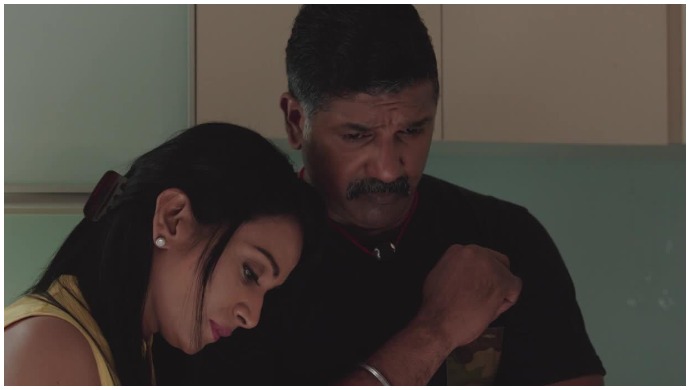 In the previous episode of Uyire – Ties that Bind, Raghavan pacifies Renuka as she cries upon learning about her husband’s death. At the present time, Raghavan, who feels depressed as he misses his wife Charu and children, talks to himself. He says that he had only been helping Renuka because he thinks he is responsible for Vinod’s death. Meanwhile, Ashwin argues with his senior officers when he learns about his transfer. Elsewhere, the doctor reveals to Charu that she is suffering from stomach cancer (second stage).

In tonight’s episode, cops visit Rajesh’s house to enquire about Raghu. Rajesh lies to them saying that he does not know Raghu that well. Meanwhile, Renuka proposes to Raghavan and the latter becomes speechless. Later, Keerthy organises a birthday party for Kamini.

Kamini, who is frustrated about her breakup with Sanjay, insults her mom at the party in front of everyone. When Bhumi tries to talk to Kamini, the latter pours her heart out. Kamini tells Bhumi about her affair and how the boy exploited her for money. Bhumi makes her feel better about the whole scenario.

At the end of the party, Ashwin is surprised to see Kanna; the latter tells him that he was passing by and thought he would drop in to say hello. Ashwin feels suspicious when he notices Kanna talking to Raghavan like they know each other. Will Ashwin find out the truth about Kanna and Priya’s past relationship? Stay tuned!

Arivaan: A Look At The Physical Transformation Of Actor Jabu Deen Faruk Into A Cop!