As Kanna and Priya argue quite loudly, Ashwin sees them and feels heartbroken to know that his wife was lying all this time. Read the full update. 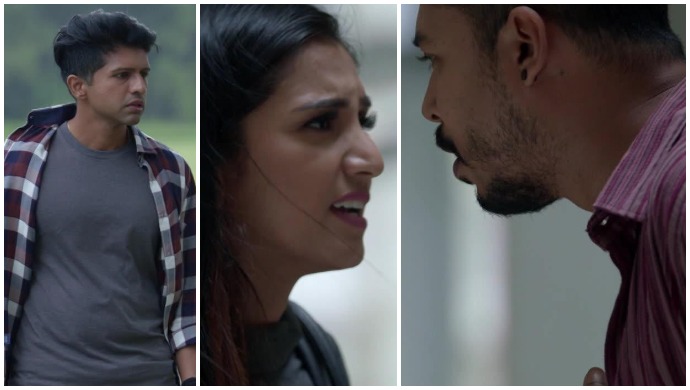 In the previous episode of Uyire – Ties that Bind, Raghavan decides to teach Kanna a lesson, when Priya tells him about Kanna’s harassment. Priya recalls a past incident, where she had told Kanna’s mother about her pregnancy. Kanna’s mother had asked Priya to inform her parents and take things forward.

When Priya tried to convince Raghavan, so that she could marry Kanna, he advised her to make a wise decision. He convinced her to leave the country for further studies and focus on her career. He also asked her to abort the child and take time to get some clarity about whether she really wants to marry Kanna.

In tonight’s episode, Ashwin asks Priya about her father losing his calm on Kanna at the party. He then asks her if her teenage life was smooth or is there something she did that she regrets now. Priya gets irritated by all these questions and goes to bed. The following day, Kanna stalks Priya and confronts her. Priya shouts at him for being unreasonable. On the other hand, Kanna threatens her to disclose their past to Ashwin. As the two argue quite loudly, Ashwin sees them and feels heartbroken to know that his wife was lying all this time.

Meanwhile, Raghavan tells Renuka that he is sorry to have made her feel that there is a future between them. He further adds that he does not feel for her in the same way. In another scene, Keerthy tries to be friendly with Kamini, but the latter gets irritated. Meanwhile, Nishok tries to patch up with Bhumi but the latter tells him that she sees no future with him and walks away. How will Ashwin react to Priya’s betrayal? Stay tuned!