Renuka pretends to end her life in order to convince Raghavan to love her back. Scroll down to see what happens next. 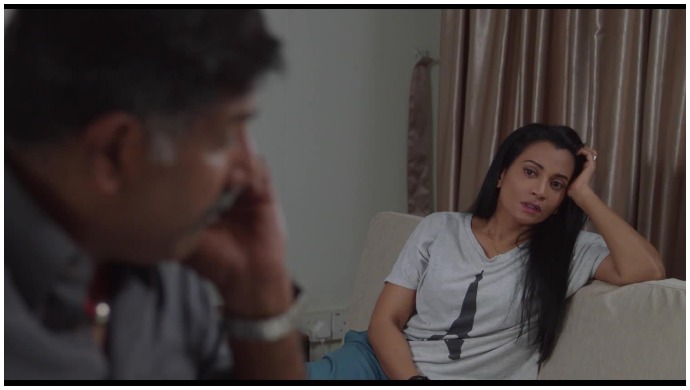 In the previous episode of Uyire – Ties that Bind, Ashwin asks Priya about her father losing his calm on Kanna at the party. Priya gets irritated by all these questions and goes to bed. The following day, Kanna stalks Priya and confronts her. Priya shouts at him for being unreasonable. As the two argue loudly, Ashwin notices them and feels heartbroken to know that his wife was lying all this time.

Meanwhile, Raghavan tells Renuka that he is sorry to give her false hope for a future between them. Elsewhere, Keerthy tries to be friendly with Kamini, but the latter gets irritated. Meanwhile, Nishok tries to patch up with Bhumi but the latter tells him that she sees no future with him and walks away.

In tonight’s episode, Raghavan calls Charu and asks her to meet outside. So Charu goes to meet Raghavan at the location. Meanwhile, Priya discusses her personal problem with her Boss Prakash and the latter advises her to tell the truth to Ashwin. Later, Bhumi comes to meet Priya. After talking to Bhumi, Prakash offers her a job. He tells her that his company is on a lookout for people to join.

Later, Ashwin tries to find out Priya’s past. Rajesh delivers a packet at a restaurant. Meanwhile, Raghavan gets a call from Renuka that she has decided to end her life in order to convince the former to love her back. Raghavan, however, saves Renuka but forgets to meet Charu. When Charu calls Raghavan, the latter lies by saying that he is stuck with important work. When Charu hears Renuka’s (who purposely calls Raghavan in the middle of the call) voice in the background, she hangs up the phone. What will be Charu’s next step? Stay tuned!