Kanna tells her that she is no more her Sona (he is used fondly call her that) but Ashwin's Priya. Read the full update. 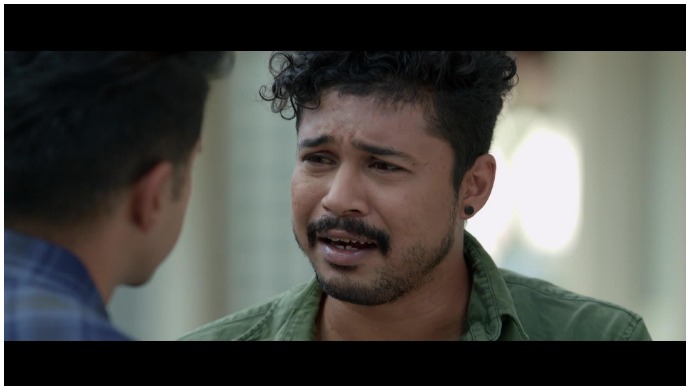 In the previous episode of Uyire – Ties that Bind, Kanna meets Ashwin’s mom and instigates her against Priya. But Ashwin’s mom, who knows that Kanna is behind the kidnapping of Priya, follows him to find Priya’s whereabouts. Then she calls Ashwin and informs him about the same. When Ashwin reaches Kanna’s house, he spots Priya in a helpless state. Ashwin tries to save her from Kanna. But Kanna threatens Ashwin that he will kill Priya if he(Ashwin) comes closer to them.

Watch the episode 47 of Uyire – Ties That Bind:

In episode 47, Ashwin requests Kanna to set Priya free but the latter gives a deaf hear to him. Kanna asks Priya about their child and she tells him that she really has aborted. Kanna tells her that she is no more her Sona (he is used fondly call her that) but Ashwin’s Priya. Then he asks Ashwin to take care of her, pushes Priya to the sofa, and slits his throat and kills himself.

Later, Priya apologises to her mother Charu for hiding everything from her while the latter advices her to get over everything and start afresh with Ashwin. Charu agrees to stay back with Priya on Raghavan’s request. Meanwhile, the investors agree with Rajesh’s idea and invest money, while the latter is planning something illegal. Later, Priya tries to pacify a broken-hearted Ashwin.

In episode 48, Priya recalls a past incident with Raghavan, as he comforts her. While Priya regrets all her decision, Raghavan tells her that she now only needs to focus on her present, further adding that she will need to come out of this stronger and be there for Ashwin, who is still processing what happened around him. Meanwhile, Ashwin’s mother advises him to take good care of Priya.

Later, Prakash meets Priya and reveals his love for Bhumika. Priya supports him and encourages him to propose to Bhumi. Meanwhile, Renuka compels Raghavan to come home for dinner, but he refuses. She then suggests that she can drop by but Raghavan tells her to not create more problems for him. Later, Prakash and Bhumi catch up over a coffee. Will Prakash confess his love for her? Stay tuned!

If you are new to the series, here what you need to know about Uyire – Ties That Bind. The story revolves around Raghavan, an affluent ex-military officer. On the surface, he seems to have it all – material wealth, a kind and supportive wife and three capable daughters. But a dark secret is looming on the horizon that threatens to break apart the family. The series, starring Arvind Naidu, Puravalan, Guna and Indra in the pivotal roles, is intriguing enough to keep the viewers on the edge of their seats. Stay tuned!

Get all the live updates on Coronavirus on ZEE5 News Section