Will Priya and Ashwin reconcile? Will the counselling sessions be of any use to them? Scroll down to know the answers. 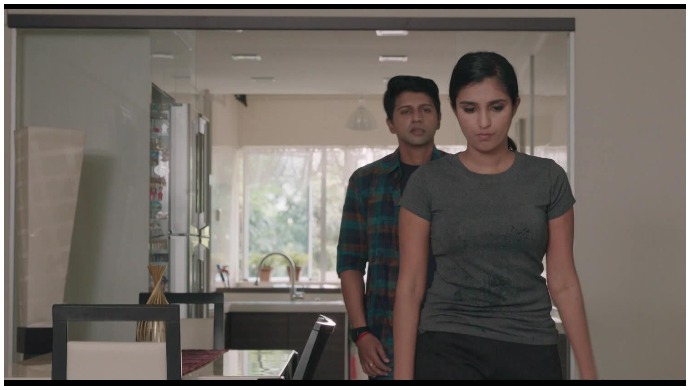 In the previous episode of Uyire – Ties that Bind, Keerthy receives a call for an interview. Meanwhile, Renuka visits Raghavan and tries to deliberately create problems in his life. Charu disapproves of Renuka visiting Raghavan. Later, Priya tries to talk to Ashwin and asks if she should leave him for good. Ashwin says that he won’t stop her from doing that.

Renuka pretends to be unwell and asks Tara to call Raghavan. Later, Priya tells her family that she has decided to divorce Ashwin. Her mom and dad convince her not to make any hasty decisions. Later, Charu suggests her to go for counselling before arriving on any conclusion. Meanwhile, Keerthy goes for an interview. Later, Raghavan discovers that Keerthy has cancer.

In the new episode (51), Raghavan is devastated to know about Charu’s condition and feels guilty about not being there for her. Later, he asks her the reason behind hiding her sickness. Charu justifies the cause for not informing Raghavan about her health condition. Later, he requests her to take the treatment, but Charu refuses to do so. Meanwhile, Bhumika and Priya also get shocked to learn about Charu’s health condition.

Watch the episode 51 of Uyire – Ties That Bind:

Later, Keerthy reprimands Charu for refusing the treatment while Bhumi and Priya try to convince Charu to seek it. But Charu behaves adamant and sticks to her decision of not taking the treatment. Later, Ashwin and Priya visit a marriage counsellor. Elsewhere, Bhumika meets Nishok after knowing about his depression. However, Nishok feels bad that Bhumi has moved on in life, and has only come to check on him. So, he asks her to leave.

In episode 52, Raghavan tells Renuka about spending time with Charu. He also requests her to understand his situation and cooperate. Later, Charu gets emotional when Raghavan cooks for her but does not eat the food. Charu tells him that she does not want to create any memories that will hurt him after she dies. Meanwhile, Keerthy goes for an interview.

After the interview, elated Keerthy shares the good news of getting a job with her daughter, Kamini. Elsewhere, one of the investors calls Rajesh and asks him to return the money. Rajesh tries to convince him but the investor threatens him that he will lodge a complaint with the police. Rajesh then shares the same with Rohini, the latter reprimands him for agreeing to return the money. Meanwhile, the family persuades Charu to go for the treatment. Will she say yes this time? Stay tuned!

If you are new to the series, here what you need to know about Uyire – Ties That Bind. The story revolves around Raghavan, an affluent ex-military officer. On the surface, he seems to have it all – material wealth, a kind and supportive wife and three capable daughters. But a dark secret is looming on the horizon that threatens to break apart the family. The series, starring Arvind Naidu, Puravalan, Guna and Indra in the pivotal roles, is intriguing enough to keep the viewers on the edge of their seats. Stay tuned!