Vetrivel is not just about the feuds of the family and village issues but there is a lot that can be taken from the film. 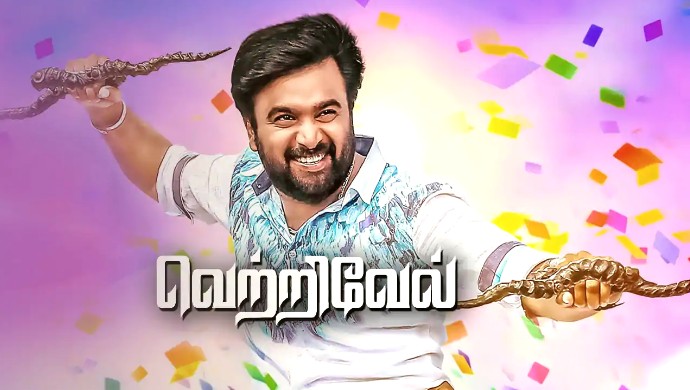 Written and directed by Vasantha Mani, Vetrivel is streaming on ZEE5. The film features M Sasikumar and Miya George in the lead roles with some other prominent names of the industry working as the supporting cast. This movie like Sasikumar’s most other movies is based on the theme of love and family bonding, but what comes as a fresh take is the way these aspects are presented in the movie.

Watch the conflict as it arises between the loved ones in the movie Vetrivel.

The movie has different issues that it tackles through the course of its narrative but what stands out is the way the character of Vetrivel (Sasikumar) is portrayed. Vetrivel is a man with no big dreams but a simple person with simple demands but the thing that is important to him is his family. And in his family, it is his brother who he loves the most.

In the movie, we see that Vetrivel is ready to go to any extent to see his brother happy. Thus, when his brother comes to him for help about his love affair, Vetrivel is determined to unite his brother with his beloved, even if it requires him to sacrifice his own happiness. It is, in fact, this incident that leads him to a situation where he has to marry Latha (Nikhila Vimal) and thus creating a big change in his life. But he has no issues with his brother for this as he feels is his duty as the elder brother.

The other part of the brotherly love is depicted in the relationship between Rajamanickam (Prabhu), who is a rich landlord and his step sister Kayavarnam (Viji Chandrasekhar). In the starting scenes of the movie, we see how Rajamanickam lets go of his post in the elections just because his sister had asked for it. Later, even when Kayavarnam holds him responsible for her husband’s death and abuses him, he stays quiet and accepts all accusations. Further, he even tries to make peace with her on many occasions.

Thus, Vetrivel movie is not just about the feuds of the family and village issues but it also a message on the importance of bonding and family.

Anwar: Watch How An Individual Deals With Terrorism And Its Impact On His Life

Sembaruthi's Vanaja Shares A Post About Her Off Screen Sweethearts, Don't Miss