After Regina leaves, Shan and Seelan get into an ugly physical fight. Radha intervenes to stop the two. Read the full update. 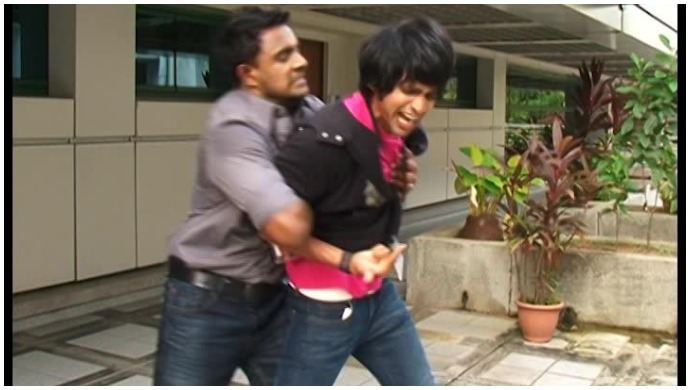 In the previous episode of Vettai, Manju meets her friend Mahesh, Seelan follows Manju to gather evidence to prove that she is cheating on him. Meanwhile, Radha speaks to Nanda about Ramya’s attack. She also tells him that Ramya has lately been hanging out with Angel. Later, Nanda speaks to Angel about the same but the latter argues with him.

Shan reveals to Nanda and Radha that Ramya’s attacker is the same killer, which makes Radha panic even more. Meanwhile, Manju tells Mahesh that Seelan is having an affair. She tells him that she was waiting for this day ever since she first found out that she has got cancer. Now that Seelan has moved on, she can give him a divorce, she added.

In tonight’s episode, the stalker follows Shan’s sister Vidya. Instead of reprimanding him, Vidya extends the hand of friendship towards him. Later, the stalker Praveen asks Vidya if she would like to model for him as he needs to make a portfolio of his work; and the latter agrees. Meanwhile, Manju reads her husband Seelan’s messages on his phone and feels heartbroken.

Later, at work, Shan sees Seelan and Regina having lunch together. After Regina leaves, Shan confronts Seelan about their closeness. The two get into an ugly physical fight. Radha intervenes to stop the two. Will Shan and Seelan ever be cordial to each other? Stay tuned!

Do You Know Which Is Sathya’s Latest Favourite Song? Check Out Video

If you are a fan of the Tamil series, you must check out Poove Poochudava available in Tamil, only on ZEE5.

Kushboo Shares A Paw-dorable Picture Of Nila Sundar, Says She Misses Her