Regina manages to escape the attacker and then informs Seelan about the same. Scroll down to read the update. 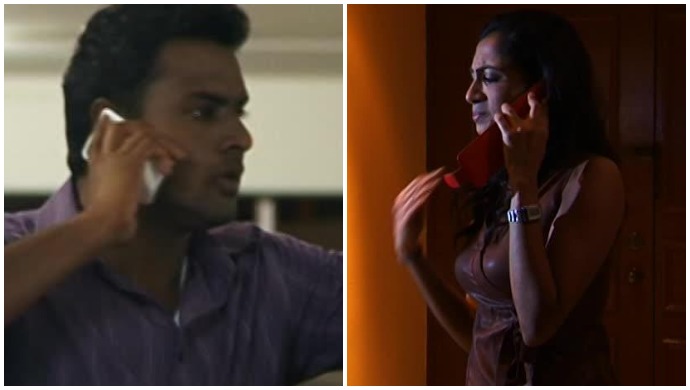 In the previous episode of Vettai, Pravin (the psycho killer) calls Shan and tells him that his sister is with him. Pravin informs him that he is going to kill his sister. Shan requests him to let Vidya go but Pravin is in no mood to comply. He then tells Shan to pick her body later and hangs up the call.

Shan informs Seelan about what transpired and the latter conveys the message to the rest of the team. Later, Radha gets a call about the location of a corpse. Shan and the team are shocked to see Vidya’s body. After a couple of days, Pravin again calls Shan. This time, Shan tells Pravin that he will find him and kill him soon.

In tonight’s episode, the intelligence officer interrogates the team about Dayanithi’s murder case. While everyone explains their relationship with the Chief, Nanda accuses Seelan of having committed the crime. Meanwhile, Seelan pulls Shan off from Vidya’s murder case.  This makes Shan lose his calm on Seelan.

Shan meets Regina to gets some counselling advice but it does not help him much. So, he goes to meet Radha and discusses Seelan’s decision. Shan gets frustrated when Radha also fails to understand his state of mind. Later, an unknown man attacks Regina in the lift of her building, but she manages to escape. She then informs Seelan about the incident. Who attacked Regina in the lift? Stay tuned!

Watch The Trailer Of ZEE5 Original Series Fingertip, An…

If you are a movie buff and love watching Tamil films, you must check out Anushka Shetty’s Bhaagamathie, currently streaming on ZEE5.

#EntertainmentUnlocked: From Sembaruthi to Sathya - Top 5 Shows To Resume Soon