Radha suggests that she will go on an undercover mission to nab the serial killer Pravin. Shan and Nanda are against Radha’s plan. Read the update. 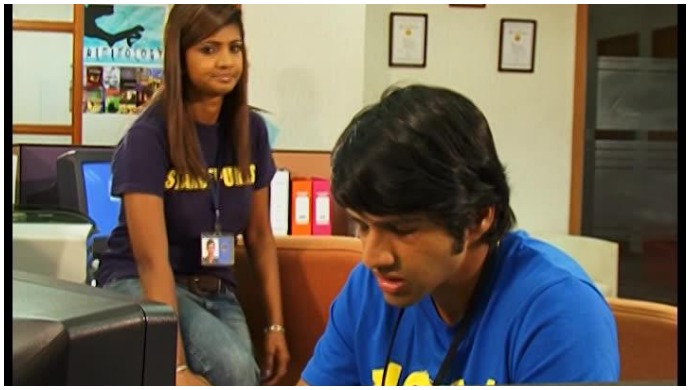 In the previous episode of Vettai, the intelligence officer interrogates the team about Dayanithi’s murder case. Nanda accuses Seelan of having committed the crime. Meanwhile, Seelan pulls Shan off from Vidya’s murder case and the latter loses his calm on Seelan. Later, an unknown man attacks Regina in the lift of her building but she manages to escape. She then informs Seelan about it. Later, Shan meets Regina and gets some counselling advice. He then meets Radha and discusses Seelan’s decision. Shan gets frustrated when Radha too fails to understand Shan’s state.

In tonight’s episode, Seelan conducts a meeting with the team to discuss the serial killer. He tells them the killer is smartly committing the murders without leaving a piece of single evidence. Radha then pitches her idea that she is ready to go on an undercover mission to nab the killer. She tells everyone that they should play with the killer’s weakness – girls. So, she would get herself trapped to get hold of Pravin, says Radha.

Nanda and Seelan disapprove of the idea. Radha somehow convinces Seelan but Nanda is still against it. After the meeting, Radha tries to talk Seelan into bringing back Shan to work on the serial killer case; but the latter tells her that the decision has been made by the higher management. Later, Shan, who finds out about this, tells Radha to back off as he does not want to lose her after Vidya. Radha tells him that her decision is final.

The next day, Nanda asks Radha to join him for lunch. While Nanda tries to talk her out of her decision, Radha is not ready to reconsider it. Later, Nanda tries to get to know Radha better and they seem to build a good bond. Meanwhile, Nanda and Seelan get a new case. They start to work on a youngster’s murder case. Will Radha be successful in her mission? Stay tuned!

Arivaan: A Look At The Physical Transformation Of Actor Jabu Deen Faruk Into A Cop!