The team is shocked to learn that Pravin's trigger point was Regina's rejection and her comments about insulting his manhood. Read the full update. 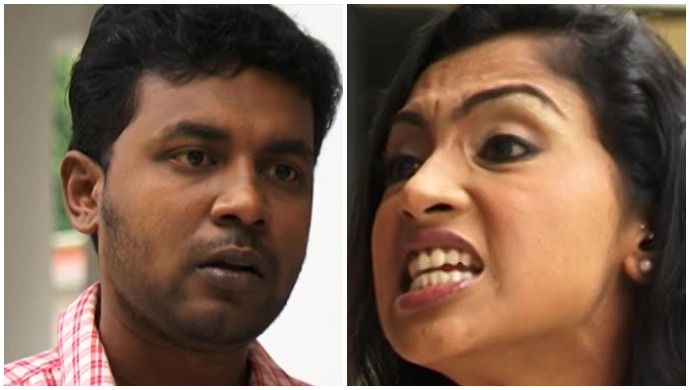 In the previous episode of Vettai, Mugi joins Suganya for lunch and tries to impress her, but gets upset as she enquires about Prakash. Seelan reprimands Shan for bashing up a guy named Pravin, thinking of him as the psycho serial killer. Seelan then terminates Shan from work as he is unable to overlook his mistake this time. Despite losing his job, Shan still thinks of nabbing Pravin. Later, an informer tells Shan about the gang selling contraband devices. Shan gets a hint and goes to nab the guy who sold the device to Pravin.

In the new episode, Mugi and Prakash go to the crime scene to look for a further clue that could lead them to Pravin, but they find nothing. Later Mugi and Prakash argue over their love for Suganya. Further, Seelan tells Regina about the ring they found at the crime scene. Looking at it, Regina recalls the initials on Pravin’s ring and divulges the truth about him to the team.

From his childhood trauma to the rejections by the girls he loved, Regina tells them everything. The team is shocked to learn that Pravin’s trigger point was Regina’s rejection and her comments about insulting his manhood. Later, Seelan instructs his team to release Pravin’s photo in the media and pass it to the police stations. Meanwhile, Shan sees Pravin’s photo in the newspaper and decides to nab the killer himself.

In episode 48, Mugi, Suganya and Nanda interrogate Raghu and Vignesh about Pravin but they don’t get any lead. Meanwhile, Pravin calls Regina and threatens her that he is now going to do something big, while the latter tries to convince him to surrender. Regina then lashes out at Pravin when he accuses her of his actions.

Seelan and Mugi fail to trace his call. Mugi then informs Seelan about Pravin’s crime record. He tells Seelan that Pravin has killed his mother, his childhood tuition teacher, now his next target would be Regina since his ex-lover has left the country. Pravin, who was taking shelter at Raghu’s house, escapes after killing the latter. Shan begins to follow Pravin. Will he be able to get hold of Pravin? Stay tuned!

If you are new to the series, here’s what you need to know about Vettai. After Dayanithi, the leader of a special task force, is found dead under mysterious circumstances, Vettai, Mugilan, Nanda, Seelan and Radha pick up the case to unearth the mystery behind the murder. Will they be able to resolve the complicated case or is there a twist to the whole situation? The series, starring Shabir, Sathish, Gunala and Gayathiri Segaran in pivotal roles, is a crime-drama based on real-life cases from Singapore.

Thodraa: 5 Reasons Why Prithvi Rajan And Veena’s Film Is A Must-Watch