Manju's death breaks Seelan emotionally. To distract his mind from the trauma, he goes to the office. Scroll down to see what happens next! 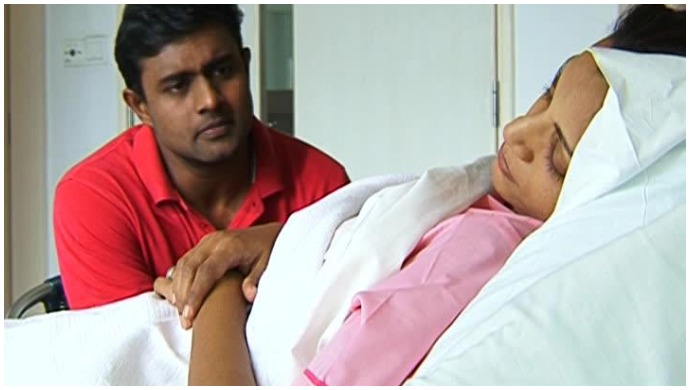 In the previous episode of Vettai, Seelan, Mugi, Nanda and Prakash leave to find Pravin. They trace Pravin’s location through a tracking device and that leads them to a jungle. Later on, the four of them split to take further action. Then Seelan and Prakash manage to locate Pravin in the jungle but a clever Pravin escapes after assaulting both of them.

He stabs Seelan with a sharp object. As he runs towards the bushes, Shan nabs and kills Pravin. Nanda and Mugi reach the spot and are shocked to find about the death. When they learn the truth, Nanda shoots Pravin to make the incident look like an encounter.

When Seelan apologises to Manju, she confesses the reason for being rude to him. Then Seelan goes and reveals the truth to Darshini, who is unable to process this information. Meanwhile, Mugi tries to flirt with Suganya, but the latter shows no interest. When Mugi asks her for a lunch date, she tells him that she has plans with her family. Later, Suganya meets Prakash and spends some quality time with him.

In episode 52, Manju reminds Seelan about their first meeting and asks him to sing a song for her as she lies on her death bed. Manju passes away after losing the battle to stomach cancer. Manju’s death devastates Seelan. To distract himself from the trauma, Seelan goes to the office.

Regina comes to meet and talk to Seelan, but the latter refuses due to his disturbed state of mind. Later, when Seelan goes to his in-law’s place to check on Darshini, his mother-in-law laments about Manju’s death in front of him. Later, Mahesh reveals the truth to Seelan about Manju. He also informs him that Manju knew about his (Seelan’s) affair with Regina. This makes Seelan feel even more guilty. How will Seelan handle this emotional loss?  Stay tuned!

If you are new to the series, here’s what you need to know about Vettai. After Dayanithi, the leader of a special task force, is found dead under mysterious circumstances, Vettai, Mugilan, Nanda, Seelan and Radha pick up the case to unearth the mystery behind the murder. Will they be able to resolve the complicated case or is there a twist to the whole situation? The series, starring Shabir, Sathish, Gunala and Gayathiri Segaran in pivotal roles, is a crime-drama based on real-life cases from Singapore.

Uyire - Ties That Bind‘s Romantic Track 'Unna Adanjen' Will Tug At Your Heartstrings!