The promo of Rettai Roja is out, and after watching it, you will know why it takes sibling rivalry to a new level. 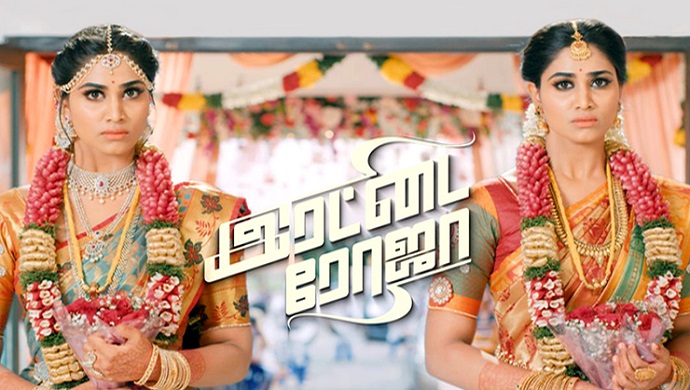 Dear fans of Tamil daily soaps, here’s a brand new show for you. Zee Tamil is all set to launch Rettai Roja, to narrate the story of identical twin sisters Anu and Abi. This show is not about sibling revelry but of rivalry. Yes, you read that right. Twins often come across as one entity in two different bodies, but in case of Anu and Abi, it is entirely different. The promo of the show is out, and after watching it, you will know why it takes sibling rivalry to a new level.

Take a look at it below!

Are you wondering why Anu and Abi are poles apart? We will tell you what makes them unlike each other. Anu is bold, adamant, self-centred while Abi is innocent, caring and understanding. Anu is an advocate while Abi gets trained in tailoring. Anu dislikes Abi and doesn’t want her to be a part of her life in future. But destiny ruins her desires by getting the siblings married into the same household. Yes, Anu weds Santhosh while Abi marries his brother, Sanjeev. How things unfold after Anu’s desire turn into ash, forms the crux of the story.

Rettai Roja is a remake of Telugu show Athharintlo Akka Chellalu. It will go on air from August 12 and will be telecast at 2 PM from Monday to Friday. And if you like watching supernatural thrillers, then check out Yaaradi Nee Mohini on ZEE5.