In real life, Mounika is not Nandhini which means that she is not constantly planning and plotting about evil things that she ought to do. 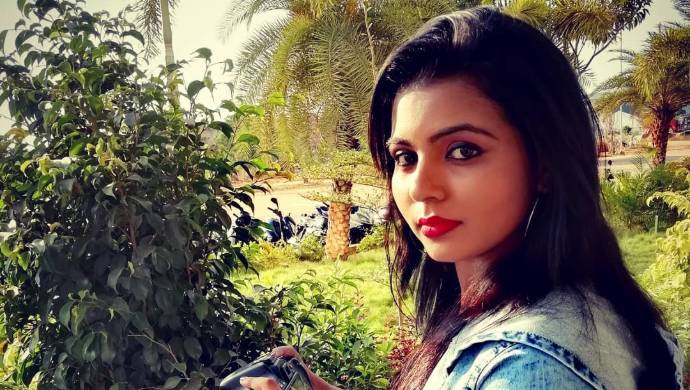 Mounika is a name which would probably not ring a bell in the minds of the Tamil TV audience. But the name Nandhini for sure would turn heads and probably even make your blood boil for a moment or two. But people, she is just character from Sembaruthi. The character of Nandhini is a negative one in the series who wishes to see the downfall of Akhilandeshwari and her family. This vengeance of the character is also based on the fact that Nandhini was unable to get married to Adithya.

Watch how Nandhini makes plans to torment Akhilandeshwari and her family.

One must say that this actress’ performance in the series is outstanding. Her evil ways and the manner in which she executes her plans, they all point to her exemplary acting skills. But in real life, Mounika is unlike Sembaruthi’s Nandhini. The actress has a lot of fun when she isn’t shooting.

So here’s a look at the fun that this actress shares on her Instagram posts.

When expressive eyes are all you need to share some joyful moments with your fans.

Here’s that attitude of a strong actress presented in all its glory.

When the onscreen notorious duo thinks of sharing their act offscreen too, this is what happens!

So, in real life, Mounika is not Nandhini which means that she is not constantly planning and plotting about evil things that she ought to do. In fact, she is a fun loving person who likes to create joyful moments out of the subtle things in life.