The characters of Rudra and Akhilandeshwari are important and have the potential to change the course of the story. 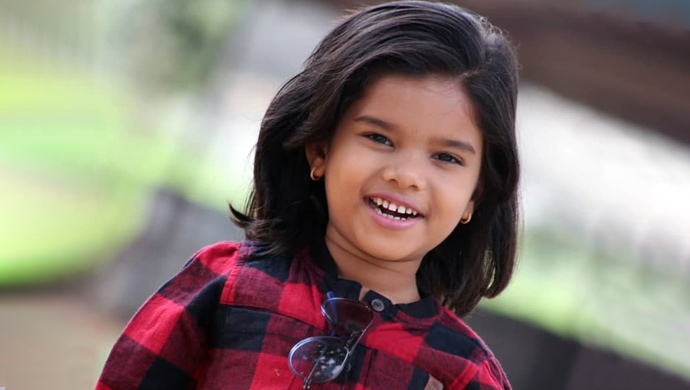 It would not be wrong if one were to say Rudra from Yaaradi Nee Mohini and Akhilandeshwari from Sembaruthi are two strong female characters. Although, you could point out the age gap between these two actors and the way their roles are shaped. But what you should realise is the fact that both these characters have the potential to change the course of the story and that both of them possess the same kind of determination to stop atrocities and injustice. The character of Rudra is played by Lisha while Priya Raman plays the part of Akhilandeshwari.

This onscreen similarity is striking, as we see Rudra consistently trying to protect Vennila and making attempts to keep Shwetha away from her. On the other hand, Akhilandeshwari saves Parvathy from the clutches of Vanaja.
So, recently when Lisha met Priya Raman at the sets of one of the shows it did create a buzz on the social media. Check out Lisha’s post on Instagram.

Now, this little star has miles to reach before she grows to the level of Priya Raman, who has had a fair share of stardom with most of the Southern stars including superstar Rajinikanth. But Lisha who made her acting debut in a Tamil television reality show also has acted with some of the popular actors of the industry. With all this in the background what remains a fact is that the picture that Lisha shared with the actress is definitely worth some appreciation.

So, between Rudra and Akhilandeshwari which character is your favourite? Write to us about your opinions in the section below.

Laila Majnu: The Story Of Qais And Laila, Two Lovers, Who Face Oppression At The Hands Of Their Families