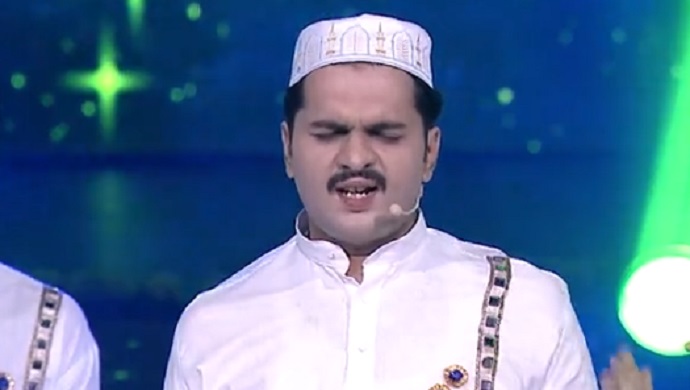 Dreams do come true, and we have proof. Our very own Karthik of Sa Re Ga Ma Pa Seniors Season 2, stole music maestro AR Rahman’s heart by singing his composition Khwaja Mere Khwaja from Jodhaa Akbar during the Bhakti Paatu round. The contestant, who is everyone’s hot favourite sang the song with utmost devotion. His innocence and sincerity not only impressed the Oscar Award Winning musician but left him choked.

Here’s what he wrote:

For the unversed, the original song was sung by AR Rahman himself.

Karthik got an opportunity to meet the Mozart of Madras recently. Check out the pics here:

Karthik has delivered spellbinding performances so far, and he leaves us asking for more every time he hits the stage. On that specific day, when he sang Khawaja, people were moved to tears both on and off the screen. Rahman, who was moved by Karthik’s performance, decided to meet him and appreciate the young man for his singing. Watch the video embedded above to watch Karthik’s performance that grabbed AR Rahman’s attention.

This season of Sa Re Ga Ma Pa Season 2 has exceptionally talented singers on board. Apart from Karthik, who has left the judges, jury, viewers and even his co-contestants spellbound, there are singers like Sukanya, Aishwarya, Reshma, Devanandha, Nepoliya, Lakshmi, Saravedi Saran, Prakash, Arul Prakasam, Mridul, Janagan and last but not the least, Aslam.

Archana Chandhoke hosts Sa Re Ga Ma Pa 2 and the show is judged by veteran singers Sujatha, Srinivas and Vijay Prakash. There is a panel of jury too. Let us know who is your favourite contestant of this season by leaving a comment below and for more entertainment, check out the All Time Favourite Hindi songs on ZEE5.