Mutharasan revealed that he would prefer to remain a bachelor and why staying single is always a better option. 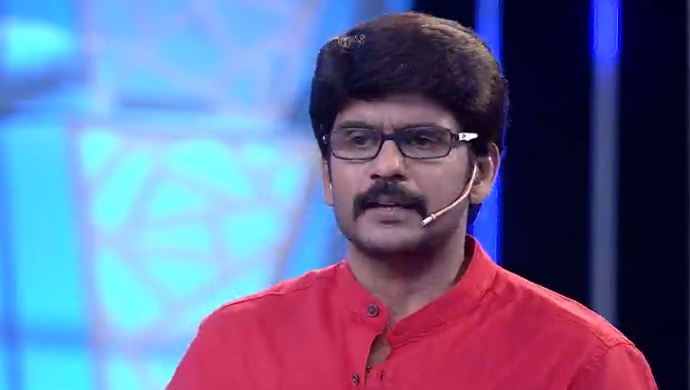 Have you ever seen Mutharasan of Yaaradi Nee Mohini dancing like there’s tomorrow? Actor Shreekumar, who essays the character of Mutharasan in the supernatural daily drama, made his presence felt on the game show Genes hosted by Priya Raman aka Akhilandeshwari of Sembaruthi. Mutharasan’s on, and off-screen friend Annamalai (Murali Krish) joined him to play the game.

As Mutharasan and Annamalai took part in the game, they made exciting revelations. During the conversations, Mutharasan revealed that he would prefer to remain a bachelor and neither marry Swetha nor Vennila. He said staying single is always a better option. Akhilandeshwari was surprised to see Mutharasan’s real avatar. And it wouldn’t be wrong to say that Mutharasan is nothing like his on-screen character.

Mutharasan heaped praise on Annamalai and said that he is one of the finest actors he has ever worked with. He explained how he helps his co-actors on the sets by saying his dialogues even during their close-up takes.

Here’s a quick summary of the last few episodes of Yaaradi Nee Mohini. Mutharasan, who is the richest man in his village, is requested by his fellow villagers to marry Vennila, but he refuses to consider their suggestion. He insists on tying the knot with Swetha, the girl chosen by his stepmother, Nilambari. But who will become his bride in the end? To know the answer, keep watching Yaaradi Nee Mohini, and for more entertainment, check out Oru Oorla Oru Rajakumari, on ZEE5.