The recent episode of Yaaradi Nee Mohini had Vennila talking about consent and we think it's a very important topic to appreciate and focus on. 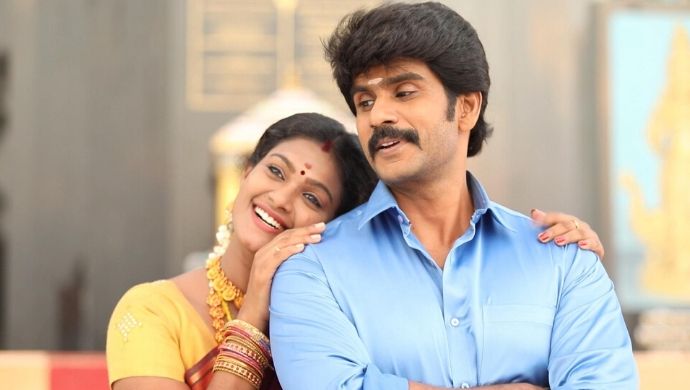 Vennila’s wish to marry Mutharasan finally came true. Even though it was not how either of them wanted it to be, it happened and Vennila is over the moon. Everyone who has been following the show knows that Vennila is someone who is extremely understanding and empathetic. Something that happened in the episode after they got married caught our attention and it’s a very important topic put across in the episode quite subtly. On their first night as a newlywed couple, while everyone outside their room were busy recalling their own romantic lives, Mutharasan and Vennila had a completely opposite experience.

Mutharasan tells Vennila that his head is still not clear and that he is not happy with the way the marriage happened. He explains to her calmly that he wants to get things straight in his head first before beginning a new life with Vennila. She understands his situation and agrees to it. The next day, when Janani asks about the wedidng night, she says that Mutharasan has a lot on his mind right now and will take time to work on their relationship. She also adds that she is ready to wait for however long it takes.

Consent in a physical relationship or any sort of relationship is extremely important. It’s also something that has been a topic of debate for the last couple of years. Vennila willing to wait for Mutharasan’s consent, without expectations of any sort of regret or expectations was a beautiful scene and it’s actually what makes a relationship beautiful. Not to mention, it needs to be taken seriously and effortlessly. Waiting for your better half to give his/her consent will help you get to know each other better and more importantly, it’s a human thing to do. We’re glad this particular scene was added in the show. It was just perfect. It wasn’t too much and it wasn’t too less. Vennila said the right things that made sense instead of sounding like a speech.