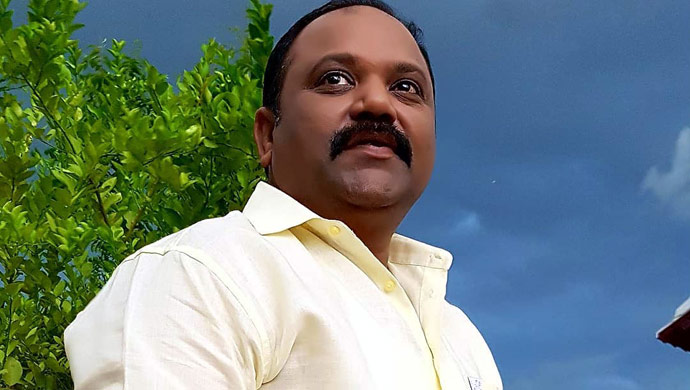 Prabhakaran Chandran is famous as Parivendharan, a character that he plays in the show Oru Oorula Oru Rajakumari. Prabhakaran Chandran has handled the role pretty well and sets an example to the viewers through his character. Recently, he posted a message on a social networking site where he highlighted the need to save the environment.

Watch Rasathi and Iniyan while they struggle with their problems in the show Oru Oorula Oru Rajakumari.

Although this was relatively a simple picture of a tree holding a placard, the message it contained was deep.

Now, before we go any further, let us do a simple activity. Observe the image below and take a guess of what it could be.

What is it that you see when you look at the image above? Perhaps you might see a beautiful sunrise and the crimson sky, as seen through the branches and a piece of red cloth that is stuck to it. Look closely! The image is the sight of garbage burning. And what you mistook as the cloud is, in fact, the smoke!

It is high time we must realise what we have done and what we owe to the environment. And if we still try to ignore the effects of human desire and greed that nature is undergoing, then it would only lead to a gradual extinction of humans. Wake up! Before it is too late!

If you like watching such romantic dramas then watch Iniya Iru Malargal streaming on ZEE5.

Dhadak: A Tale Of Passionate And Fearless Love That Defies All The Prevailing Social Norms

If You Love Cars Like Sathya's Karthik, Here Are 5 Things You Would Relate To