Kousalya Senthamarai not only does justice to the character but she also brings in that perfect essence of laughter to the show. 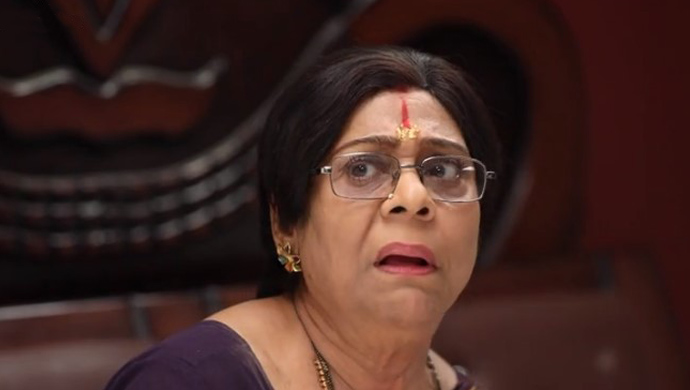 Comedy is something that always holds the interest of the audience. While some stories struggle to fit in this element others seamlessly manage to accommodate this. In the case of Paatti from Poove Poochudava, this quotient of fun fits in effortlessly. The role of DIG Nagalakshmi aka Paatti is essayed by Kousalya Senthamarai. She not only does justice to the character, but she also brings in that light element to the show.

Watch Paatti as she brings out about conflicts in the lives of people in the show Poove Poochoodava.

Poove Poochudava has always had comedy as one of its central themes with every character contributing in a way or the other to the wholesome entertainment. Paatti is created in such a manner that it not only focuses on the aspect of fun, but it also brings in the crucial twists and turns in the story. Although, throughout the course of the story, Paatti sides on the negative elements, her character is not entirely negative. It would be very hard for the viewers to imagine the show without her character.

If you like watching family dramas, check out Oru Oorla Oru Rajakumari streaming on ZEE5.

Watch Dhaga, The Untold Story Of The Struggle And Love Of A Brother And Sister

Dance Jodi Dance Juniors Grand Finale: From Finalists To Judges, All You Need To Know!

Birthday Special: 5 Movies Of Trisha That You Must Definitely Watch Today