Will Divya Inform Her Mother About Sathya’s Accident?

Divya dislikes her sister, and it is a known fact, but does she wish death for her? Divya smiles after knowing that Sathya has met with an accident. 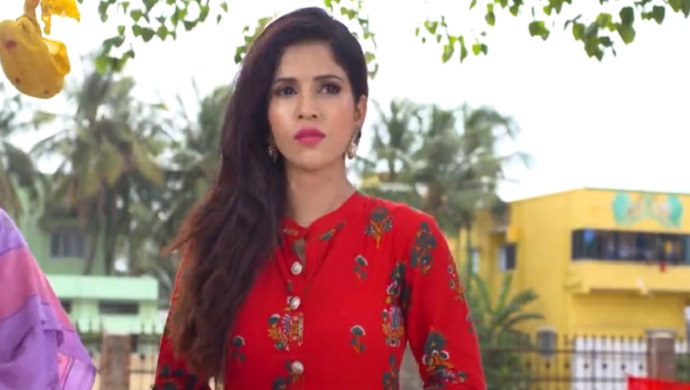 Janaki, who had learnt about a threat to Sathya’s life on her birthday, ties a sacred thread around her wrist to protect her from any untoward incident. However, the thread falls off Sathya’s wrist when she leaves her mechanic shed to meet Prabhu. Sathya goes happily but isn’t aware of the danger that’s awaiting her. When she reaches closer to the garden where Prabhu is waiting with Shashi, Sathya meets with an accident and instantly falls unconscious. The two goons, who were hired by the politician to kill Sathya, escape after seeing her lying on the road.

Meanwhile, Sathya’s friends, who witness the incident, run towards her. Incidentally, Prabhu and Shashi, who overhear people talking about an accident, also rush to the spot. And when they see Sathya lying unconscious on the road, they proceed towards the hospital to get her admitted.

In today’s episode, the brutal face of Divya will get revealed to the viewers. Divya dislikes her sister, and it is a known fact, but does she wish death for her? Divya has so much hatred for Sathya that she smiles after knowing that she has met with an accident. Sathya’s friend asks Divya to send her mother immediately to the hospital because the surgery wouldn’t start if the family doesn’t sign the consent form. But will Divya inform her mother about Sathya’s accident?

For the unversed, Prabhu is oblivious of the fact that Sathya is his fiancee’s younger sister. If Sathya’s mother visits the hospital to sign the consent form, then the truth will get revealed.

Here’s a flashback to the story for those who joined in late. Sathya proposes to Prabhu on the eve of the birthday and awaits an answer from him. She hopes that he accepts her proposal, but Prabhu lands in a dilemma after not being able to tell her that he is already engaged. Meanwhile, Divya, who two-times Prabhu, meets Bala and his parents. She is happy after his parents agree to let him get married to her. But Divya, who is ready to dump Prabhu for Bala, doesn’t know that the latter is a thug, who pretends to be a rich man. How will things unfold from this point? Keep watching Sathya and for more entertainment, check out Yaaradi Nee Mohini, a supernatural thriller, on ZEE5.