Will Sathya Know That Prabhu Is Not In Love With Her?

Sathya admits that it is easy to give advice to people but difficult to apply it in personal life. She reveals she can't deal with a heartbreak. 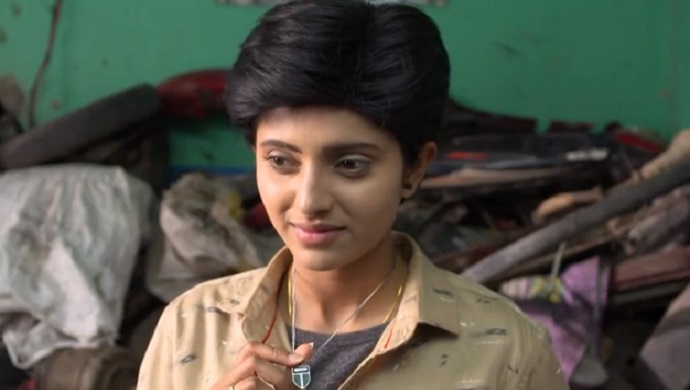 Ever since Makhan and Panaimanda have asked Sathya what she would do if Amul Baby rejects her proposal, she has been thinking of ways to extract the truth from his mouth. In yesterday’s episode, Sathya became restless after thinking about Prabhu’s answer to her proposal, and today, she will make attempts to spend some time with him. However, there are chances that she may learn the truth. But will her friends help her in knowing the reality or will they cover it up?

Sadly, Sathya’s friends know that Prabhu is engaged to Divya, her elder sister. They also know that Prabhu treats her only as a friend and nothing more than that. However, they fear revealing the truth to her as they don’t wish to see her sad or disappointed.

They got a golden opportunity in yesterday’s episode, when Sathya advised a young girl not to end her life for anyone else, after she attempted suicide fearing rejection. The situation reminded Prabhu of his and Sathya’s relationship. Prabhu hoped that Sathya wouldn’t take a drastic step or react strongly after knowing that he is engaged to someone else. But later, when Makhan and Panaimanda ask Sathya if her advice is only applicable to others, she says that she has her sympathies with the girl.

Sathya admits that it is easy to give advice to people but difficult to apply it in personal life. Thus, by saying so, she reveals that she may not be able to deal with a heartbreak. Will Sathya find out what Prabhu thinks about her in today’s episode? To know what happens tonight, follow Sathya and for more entertainment, check out Nachiyarpuram, a show starring real-life couple Dinesh and Rachitha, on ZEE5.

Now, You Can Watch Sembaruthi, Sathya And Your Other Favourite ZEE5 Shows On LG Smart Tv