Gayathri Raguramm's film Yaadhumaagi Nindraai is based on true life incidents. Scroll down to know about the important characters in Thamarai's life. 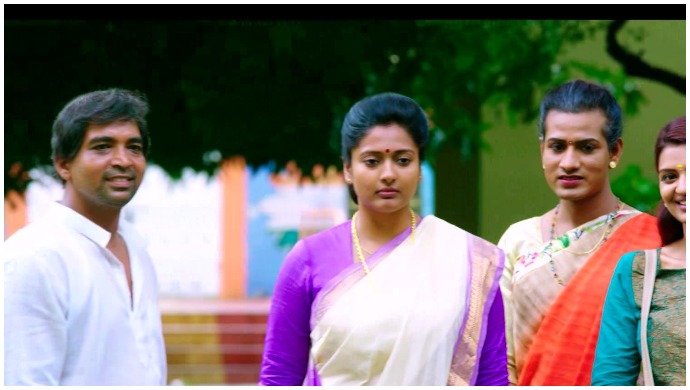 Inspired by true-life incidents Yaadhumaagi Nindraai talks about a woman’s struggles and her achievements. The film which revolves around a female background dancer, Thamarai is directed by Gayathri Raguramm. From being a background dancer in films to being a bar dancer in Dubai, the film explores Thamarai’s heartwarming journey. Let’s take a look at a few characters in the film, without whom Thamarai would have not been able to climb the ladder of success.

From Thamarai’s mother, brother (not biological) Kanna, her best friend Sophia, to the people she meets during her life’s journey; here are five such people, who did their best to make Thamarai ‘s life better. However, some managed to see her succeed in life, while others couldn’t.

Thamarai’s mother was a strong-willed woman. Being a single mother, she brought her daughter up with great care and love. Her mother was working in the film industry as a background dancer. Back in those days, there were hardly a few jobs for dancers, and the struggle to survive in the industry was unimaginable. But she never gave up, even with few means at her disposal, she made sure to give her daughter a better life.

When Thamarai joins the industry like her mother as a background dancer, Sophia becomes her best friend. If you have watched this film, I am sure, you would instantly connect with Sophia’s character, who stood by Thamarai through thick and thin. In fact, she lands into trouble for protecting Thamarai, which eventually turns fatal for her. We all need a best-friend like Sophia in our lives.

Kanna is the best brother, Thamarai could have had. Though they are not biologically related, yet he has always been protective of her. While every man in the industry was only interested in Thamarai’s beauty, Kanna was the one, who gave importance to her happiness. Unfortunately, he was only an assistant to most choreographers, so he couldn’t do much for his sister, Thamarai. But Kanna always tried his level best to get Thamarai more projects despite her bad reputation in the industry.

This is Chetta (which means brother), whom Thamarai meets in Dubai. When Thamarai stops getting offers, Sophia tells her about a dancer friend in Dubai who earns decent money. So, she suggests Thamarai that they should also explore opportunities in Dubai. As they reach, they meet Chetta, who is the event coordinator in Dubai.

Chetta gives them an opportunity to dance in a bar, and at the same time, he was protective of his girls. Unfortunately, Thamarai gets exploited by one of the guys in Dubai. When Chetta gets to know about the same, he gets her out of the mess and safely sends her back to her hometown. That’s a sign of a gentleman! We can say that Chetta was definitely like a father figure for Thamarai.

As Thamarai feels alone, she meets Monica on the streets, who gives former a shelter for a couple of days. And after listening to Thamarai’s entire story, Monica extends her a helping hand. Every decision of Thamarai has only been a mistake except for this one where she trusts Monica and seeks her help.

Stay tuned to this space for updates on your favourite stars from the telly and film industry!

If you like to watch Tamil films, you can also check out Enakkul Oruvan currently streaming on ZEE5.

Missing Sathya And Prabhu? Here’s A Video Of The Two From Sets Of Genes!