Here's what will happen in tonight's episode of Yaaradi Nee Mohini. 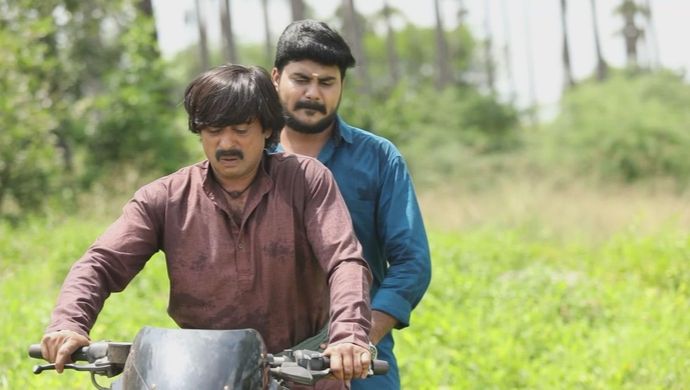 In the last episode of Yaaradi Nee Mohini, Swetha manipulates Mutharasan into getting married to her legally and splitting the property. He also agrees to it, thinking it will help Janani and Gautham start their new life together. The other members of the house and the villagers, however, don’t want this to happen. They want to stop Swetha from succeeding in their plans. Everyone in the house finds out about her plan and she even challenges them to try and stop her. Vennila is worried after a certain inauspicious incidents occur during her morning puja. She fears that something bad is going to happen.

Watch the latest episode here, in case you missed it.

In the upcoming episode, Annamalai and Gautham try to stop Swetha’s friends from getting the registrar officer home. They chase the two on a bike in order to foil Swetha’s plans of legally marrying Mutharasan. While they do manage to stop the car, Swetha’s friends escape with the officer which results in a chase sequence. Will they successfully stop Swetha or will she have a backup plan ready? Will Vennila suffer the consequences of Swetha’s plans since she is in love with Mutharasan? To know more, log into ZEE5 to catch the whole episode of Yaaradi Nee Mohini when it airs today evening.

Those who have missed the last couple of episodes of the supernatural thriller, here’s what you need to know. Mutharasan is supposed to marry Vennila, but hell breaks loose when he is forced to marry Swetha. His step-mother, Nilambari, and Swetha plot to dupe him and take away his property. In fact, Nilambari also kills his first wife. Mutharasan has a daughter, Rudra, who takes a liking to Vennila and does not like Swetha one bit. For more such entertainment, watch Kandukondain Kandukondain, the story of Vikram and Preethi who were brought together by fate, streaming on ZEE5.

Sathya 10 October 2019 Preview: Does Sathya Find Out The Truth About Prabhu?