Muthurasan notices how Vennila is heartbroken at the loss of her ancestral home. Hence, he purchases it for her. 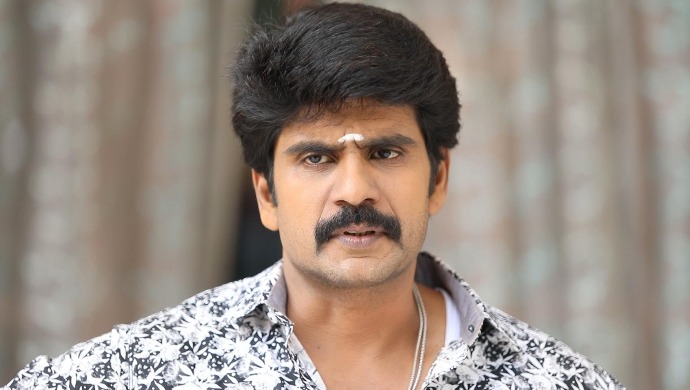 In the previous episode, Vennila is shocked by the sudden sale of her ancestral home. She brings back the utensils and portraits of her grandmother and mother back to Muthurasan’s place. She is lost in her thoughts the entire day as she cannot shake off the feeling of what happened with her old house. In fact, Vennila accidentally switches on the gas without the flame burning, which leads to a gas leak in the kitchen. Muthurasan notices it and quickly switches the gas off and asks her why she seems so lost. However, Vennila doesn’t say anything except that she is tired. Later, Pooja narrates the incident to Muthurasan and asks him to do something to help Vennila.

Tonight, Muthurasan feels terrible about what happened to Vennila and decides to do something about it. Meanwhile, Varadan asks Neelambari for some money. She asks him to give her a good reason for why he requires so much money but Varadan refuses to do so. Hence, she is unable to ask Muthurasan for money. Just then, one of the maids calls Poongodi and informs her that some men have come to clear out the godown. They remove all the utensils saved by Vennila and she asks him to throw them all away. The man then suggests that they will have to break the utensils before disposing them off, to which, Poongodi gives him a green signal.

As soon as Vennila learns about this, she rushes outside and asks the man to not harm the utensils as they have sentimental values. However, Poongodi calls the utensils old and asks the man to continue breaking them and throwing it away. Vennila begs for Poongodi to give her belongings some space in the house. Muthurasan overhears this and immediately rushes to support Vennila. He reprimands Poongodi for being heartless and leaves.

Muthurasan then goes to the house owner of Vennila’s previous place to crack a deal. He states that he wants to purchase the house and is ready to pay money upfront for the same. Varadan is in the area when he notices Muthurasan’s vehicle and decides to eavesdrop. The house owner and the competitor then decide to dupe Muthurasan by making him pay more for the house. However, since he really wants to make Vennila happy, he agrees to the sum asked by the owner. Varadan notices everything and goes to Neelambari with new information. Meanwhile, Muthurasan tells the owner that they will get the papers sorted out the next day.

He then calls up Vennila and breaks the good news. Her happiness is short-lived as she thinks of what Neelambari might do after learning about this house purchase. Muthurasan tells her to avoid thinking about these things and focus on the fact, that the house is hers.

Preview of the next episode: Neelambari intervenes and claims that Muthurasan should step out of the deal as it is unnecessary and not needed at the moment. He refuses to do that and politely asks her to make him do anything but that. Neelambari then states that he claims doesn’t have money to help his brother but he purchases this house, all the same. Will Neelambari get Muthurasan out of the deal? Stay tuned!

For more such entertaining content, you can watch Iniya Iru Malargal, now streaming on ZEE5.

Vijay Sethupathi As Thiru Unveils The Dark Side Of Skin Trafficking In Sindhubaadh! Watch It Here