Here's what is going to happen in the next episode of Yaaradi Nee Mohini. 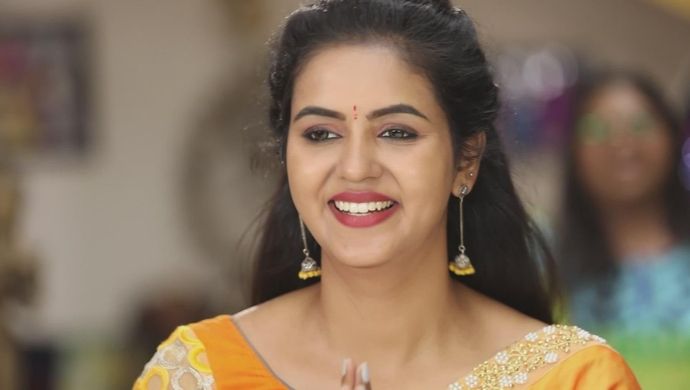 In the previous episode, Swetha loses her cool when she finds out that her marriage with Mutharasan is invalid. To add to her woes, she slaps the officer who then swears to make sure she never gets married legally anywhere. Swetha also has a supernatural experience in her room when she tosses a holy coin to see if she will marry Mutharasan or not. To her surprise, three coins appear out of nowhere and a woman’s voice mocks her telling her that Mutharasan will only marry Vennila and no one else. Vennila, on the other hand, is crushed to see the love of her life marry someone else willingly.

Watch the previous episode right here, if you missed it.

In the upcoming episode, Nilambari and Swetha will get the priest to decide on an formal engagement date for Mutharasan and Swetha. A heartbroken Vennila will fall at another priest’s feet and tell him that she wants to marry Mutharasan at any cost. Will Vennila and Mutharasan get married according to the prophecy? Or will another one of Swetha’s devious plans ruin things?

For the unversed, Swetha has her heart set on Mutharasan and his property. Vennila is destined to marry him but things take an ugly turn with Swetha’s entry and Mutharasan forgetting about his feelings for Vennila. He is under a spell that he is also unaware of.

Sathya 16 October 2019 Preview: Prabhu Tells His Friends He Does Not Love Sathya