Is Muthurasan talking on behalf of Vennila to get her kitchen duty back, after Neelambari hires new cooks? 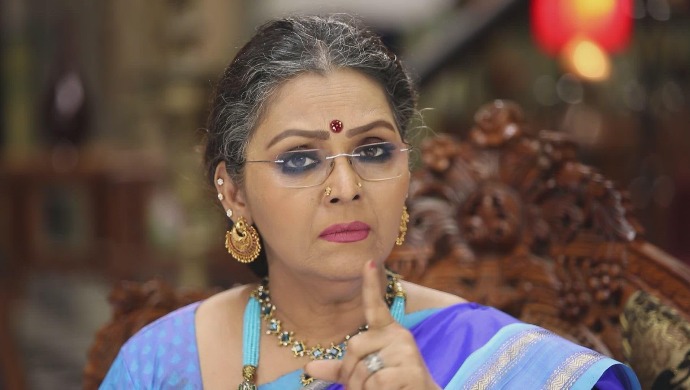 In the previous episode, just to spite Vennila, Neelambari hires new cooks. Going on to say how irresponsible she is, Neelambari adds that atleast a hired cook will be there at all times and not leave them starving for food. Vennila is hurt and tries to explain how she won’t make the mistake of stepping out again. But Neelambari refuses to listen to her pleas, and instead, adds that she can join the others at the dinner table. Neelambari’s plan to hire help works, as it affects Vennila tremendously, who cries her eyes out in her room. Muthurasan tries to console her, but she is unable to feel better, as her right to kitchen duty has been snatched.

Tonight, Muthurasan asks Neelambari to give the kitchen duty back to Vennila. However, she refuses to do the same. Explaining how Vennila is irresponsible, Neelambari tells Muthurasan that she cannot be trusted. She further adds that Vennila doesn’t inform the others in the house before stepping out and it is often inconvenient for them, as they depend on her for food and other household work. Muthurasan tries to convince her, when Vennila also interjects. This upsets Neelambari, who states that it is best if she stays out of her conversation with her son. Will Neelambari finally stop punishing Vennila? Stay tuned!

Why Has The Spirit Of Mohini Possessed Vaishnavi? Find Out In Mohini!

Sembaruthi 17 January 2020 Preview: How Will Adi Find Proof Against Mithra And Nandini?