Here's what's going to happen in the next episode of Yaaradi Nee Mohini. 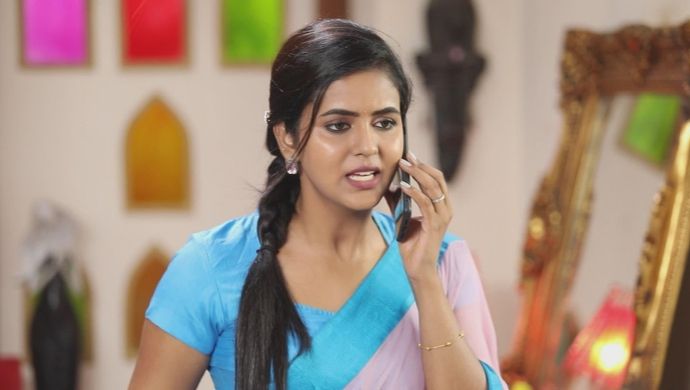 In the previous episode, Nilambari and Swetha decide to fix a date for her formal engagement with Mutharasan in the presence of some villagers. Vennila is heartbroken on seeing that Mutharasan has also agreed to this. Swetha and her friends also mock Vennila later on, telling her that she will never get married to Mutharasan, no matter how much she wants it. Vennila falls at Guruji’s feet and asks him to help her out. Annamalai also accompanies her. She cries inconsolably saying that she wants to marry Mutharasan and wants nothing else from life. Guruji feels bad looking at her state.

In the upcoming episode, Annamalai and some villagers meet a tantrik of sorts and see him perform black magic. He makes a man vomit blood and pass out for disrespecting him. Villagers are scared and shocked to see this. Annamalai, on the other hand, is stoic throughout the incident. Meanwhile, Swetha is seen talking to Guruji about her marriage prediction. She is upset and confused about what he said and tells him that she only followed the path he showed so he cannot let her go now. Guruji tells her that he will see what can be done. Will Guruji switch sides and help Vennila instead?

Those who missed the last few episodes, here’s what you need to know. Vennila is destined to marry Mutharasan but he is under a spell cast by Swetha and Nilambari. He forgets his promise to Vennila and agrees to marry Swetha instead. For further updates to the story, watch Yaaradi Nee Mohini every evening. For more such entertainment, watch Oru Oorula Oru Rajakumari streaming on ZEE5.