Yaaradi Nee Mohini 18 October 2019 Preview: Swetha Gets Another Bad Sign About Her Wedding

Here's what's going to happen in the upcoming episode of Yaaradi Nee Mohini. 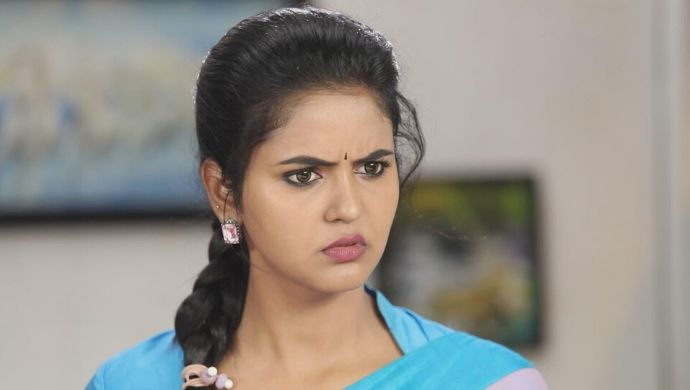 In the previous episode, Swetha visits an occultist aka Guruji and tells him about the supernatural experience she had with the coins. He tells her that it does seem like her wedding will face a lot of obstacles.The Guruji is now in a fix since he also promised Vennila that he will do whatever he can to make sure she gets married to Mutharasan. However, he asks Swetha to carry on with her wedding preparations which will happen on 17 November and he will take care of the rest. Swetha is still not convinced and calls another occultist for confirmation. She also asks him to guide her and make sure the wedding happens.

In the upcoming episode, the occultist that Swetha calls home. She, however, is unaware that he is also in cahoots with Annamalai. The occultist puts some rice on the wedding invitation and tells her that God will only give them a hint now. The rice moves on its own and falls into the diya which is lying next to the invitation card. This really freaks Swetha out since it was supposed to move and settle next to the other part of the invitation card which also has rice on it. Will Swetha accept defeat? To know more, watch Yaaradi Nee Mohini, when it airs on Zee5 this evening.

For the unversed, Vennila and Swetha, both want to marry Mutharasan, who has forgotten completely that he is supposed to marry Vennila. He is under a spell and does not recall his promise to Vennila at all. However, the spirit of his first wife, Chitra, makes sure that he does not marry Swetha at any cost. For more such entertainment, watch Sembaruthi streaming on ZEE5.