Yaaradi Nee Mohini 21 October 2019 Preview: Will Swetha Find Out The Truth About Guruji?

Here's what's in store for you in the upcoming episode of Yaaradi Nee Mohini. 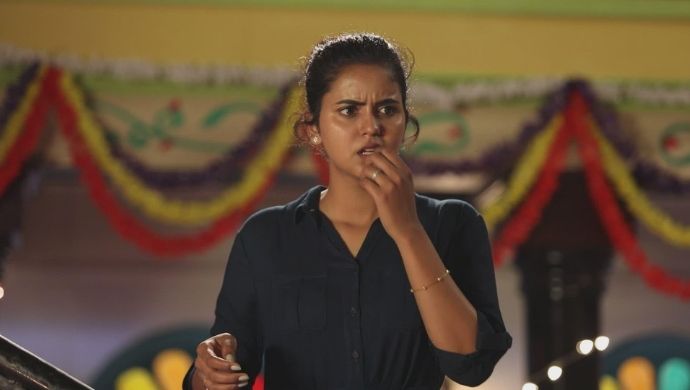 In the last episode, the Guruji gives Swetha a different set of instructions to follow and she reluctantly obliges. She also calls another God-man over, who promises to help her find solutions to her problems. She is not aware of the fact that the new God-man is in cahoots with Annamalai, who has asked a fraudster to disguise as a guru and scare her. Swetha loses her cool when the God-man asks her to get Vennila married to Mutharasan so she can die and then marry him since he has three marriages written in his fate. She calms down later on when he tells her that they will have to perform a difficult penance to change the fate.

In the upcoming episode, the God-man changes into his normal self and asks Annamalai to get him some alcohol. While they are sitting and chilling with each other, Swetha comes by the door to knock creating a state of panic.Will she find out about Annamalai’s plan? Or will the new God-man put on his disguise quickly to fool her. To know more, watch Yaaradi Nee Mohini when it airs on Zee5 tonight.

For the unversed, Swetha throws a spell on Mutharasan so he forgets Vennila and marry her instead. Vennila is heartbroken on knowing that Mutharasan doesn’t even remember that he is supposed to marry her. He is also a widower, whose late wife Chitra’s spirit is foiling every plan made by Swetha. For more such entertainment, watch Nachiyarpuram streaming on ZEE5.