Venilla gets shortlisted for the cooking contest. While everyone's celebrating the news, Neelambari plans a trap for Venilla. 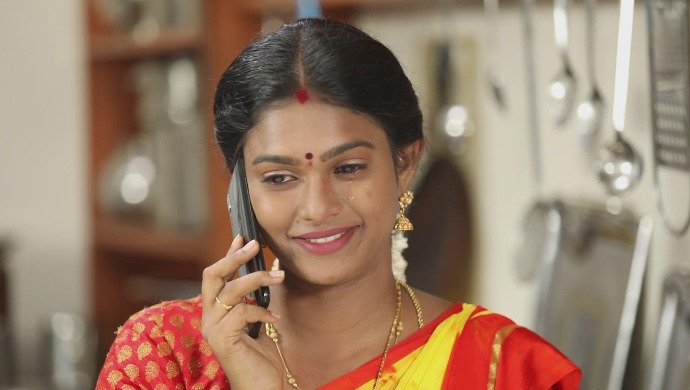 In the previous episode of Yaaradi Nee Mohini, we see Venilla shooting for a video as the contest requires a video footage of the candidate cooking a dish to get shortlisted. As Venilla cooks, the entire family surrounds her to support her. After the video gets filmed, Karthik uploads it on the official website of the event organiser. The family then celebrates as the video is up on the web.

In tonight’s episode, everyone in the family except Neelambari is eagerly waiting for the call. Meanwhile, Marandh makes a call to Venilla’s number and plays a prank on her. However, Venilla finally gets the call from the contest and the family gets excited about the same. Muthurasan asks Venilla to take rest as she has to participate in the competition the following morning. However, Neelambhari, who is upset about Venilla being shortlisted, plots a trap for her. She orders Marandh to get a medicine that will make Venilla sick and she won’t be ale take part in the competition.

What do you think of tonight’s episode? Do you think, Venilla will get shortlisted for the cooking contest? Share your thoughts in the comment section below. Also, watch Tamil dramas and films on ZEE5.