Muthurasan tries to hide from Venilla so that she does not come to know of his illness. Find out if she will catch him lying to her. 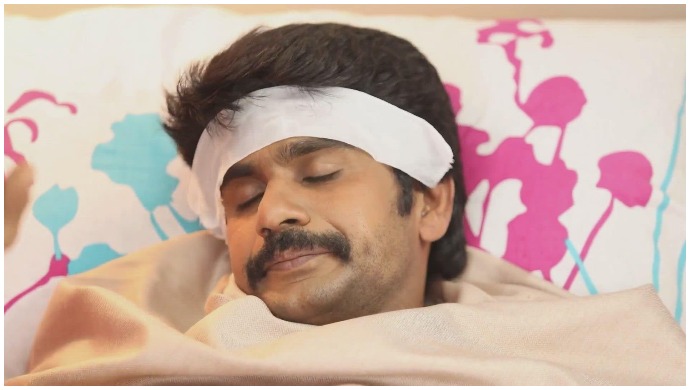 In the previous episode Yaaradi Nee Mohini, Venilla gets a call informing her that she has been shortlisted for the competition after she uploaded a cooking video on the organizer’s official website. As Venilla gets through, Neelambari lays a trap for her. While Venilla escapes the trap, Mutharasan falls for it. He falls sick instead of Venilla.

In tonight’s episode, Neelambari, who has laid a trap for Venilla to not attend the cooking contest, expects her to fall ill but the twist is that Venilla does not sleep in her room but Muthurasan does. Hence, he catches fever instead of Venilla. However, he does not tell this to Venilla as she might choose to stay at home and take care of him instead of winning the cooking contest. Meanwhile, Neelambari is shocked to find Venilla absolutely fine in the morning and wonders about it.

On the other hand, Venilla, who takes coffee for Muthurasan, finds him in deep sleep so she doesn’t bother to wake him up. Venilla is under the impression that Muthurasan may have come home late and hence he is still sleeping, Muthu, on the other hand, asks Pooja and Ashok not to tell Venilla about his illness and cover for him. So, Pooja keeps Venilla busy by asking her about a few recipes and meanwhile Muthu tries to sneak out of the house but Neelambari notices him and calls him to ask where’s he headed to.

Priya Raman As Akhilandeshwari In Sembaruthi Is An Inspiration To Many, Here’s…

+
Explore More
What do you think of tonight’s episode? Share your thoughts in the comment section below. Also, watch Ajith Kumar’s Nerkonda Paarvai on ZEE5.