Is Vennila going to play cupid to Karthi and Simran, for their lovestory to commence? 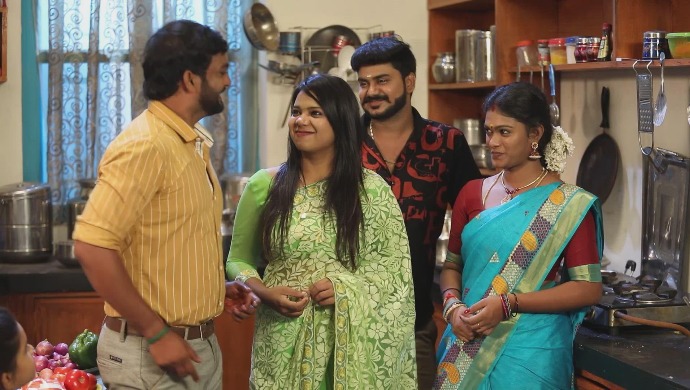 In the previous episode, Karthi cannot contain his excitement as Simran has come over to stay at their place. He tries to find reasons to meet her and be close to her. Vennila doesn’t know that Karthi likes Simran, but assumes that they should be friends. However, Janani and Gowtham can tell that Karthi wants to start a relationship with Simran. They sit and have a conversation about their diverse cultures before Vennila leaves. Karthi then volunteers to get some mehndi designs on his palm from Simran.

Tonight, Karthi is acting like a child because he wants to be close to Simran. He tries to explain to Vennila why it would make more sense for him to be in another team, as they hardly have anyone. Janani and Gowtham notice everything but don’t say a word. Meanwhile, Vennila agrees to let Karthi cheer for the other team. She doesn’t know though that Karthi likes Simran, but assumes that he wants to be in her team, as they need to balance things out. Will Karthi be able to get close to Simran since they are in the same team? Stay tuned!

How will Durai Siingham Tackle The New Criminal In Town In Si3?