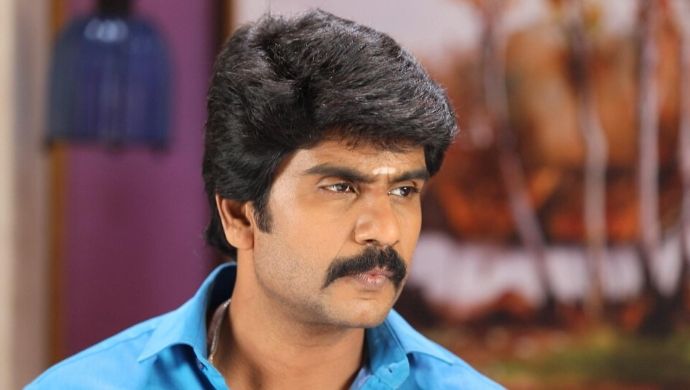 In the previous episode, Poongoodhai humiliates Vennila after Nilambari assigns her the task of making sure being Mutharasan’s wife doesn’t get to her head. Poongoodhai insults her but Vennila surprises her by giving it back to her. She tells Poongoodhai that she will always be the same Vennila but since she is Mutharasan’s wife now, insulting her would mean insulting him. Janani, Gautham and Karthik are impressed with her comeback. Meanwhile, in an attempt to make Vennila and Mutharasan’s life romantic, Gautham spills oil on the floor that Vennila slips on. Mutharasan tries to help her out but she is stubborn and does not let him touch her feet.

In the upcoming episode, Nilambari, Poongoodhai and Mutharasan are going through Swetha’s belongings that also have a couple of pictures of herself with him. Vennila is also standing nearby looking at them sadly. Just then, Poongoodhai finds a book with something written on it. Will it have evidence to find Swetha? Will this put an end to what seemed like the beginning of Vennila and Mutharasan’s love story? To know more, watch Yaaradi Nee Mohini on Zee5 tonight.

For the unversed, Vennila and Swetha are both in love with Mutharasan, whose first wife, Chitra, gets killed by his step-mother, Nilambari. While Vennila genuinely loves him, Swetha only wants to marry him so she can acquire his property but he becomes an obsession for her later on.

Sathya 27 November 2019 Preview: Sathya Has A Breakdown On The Day Of Prabhu's Marriage