Before parting ways from Karthi, will Simran make him her brother? 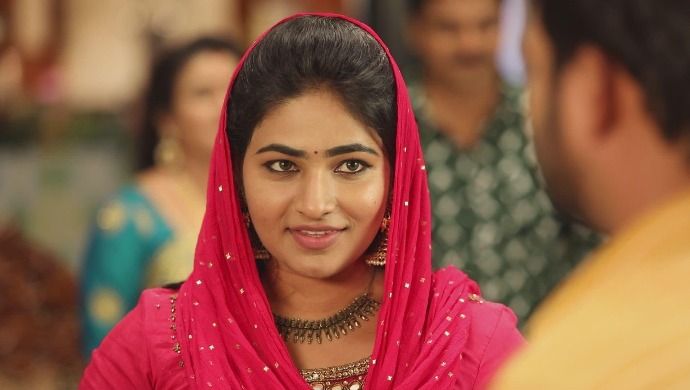 In the previous episode, after a lot of hard work, Vennila manages to prepare the North Indian dish that Simran asked her to. Muthurasan is proud of Vennila and hopes that she wins the contest, as he has raved about her. When Muthurasan’s friend and Simran taste Vennila’s food, they realise that she has added too much salt to the dish. However, to spare her feelings and make her win, they both praise the food. Eventually, Vennila wins in the competition with Pooja. Meanwhile, Karthi and Simran’s romance continues as they look at each other with love.

Tonight, Simran and Pooja are seen tying rakhis to the men in the house. Pooja starts the ritual by tying a rakhi to Muthurasan. He and Vennila are both happy to see this gesture by her. Simran too ties rakhis to all the men. Her gaze then shifts to Karthi, who is praying that she doesn’t involve him in her list of men. She approaches him and has a smile on her face while he is petrified. Will she tie a rakhi to him? How will Karthi react? Stay tuned!

What Happens When Three Novice Robbers Team Up With A Chimp To Rob A Bank?