Furious with Poongodi's behaviour, Muthurasan lashes out at her and doesn't care about the fact that the villagers are watching. 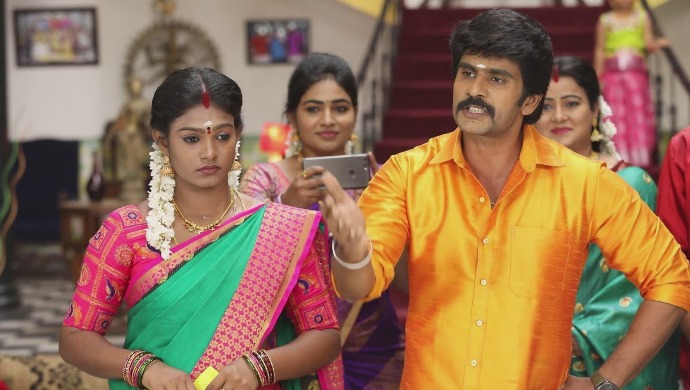 The previous episode opened with the results being announced for the best performances in the competition. While Muthurasan was fair and gave Pooja enough marks to state how her cooking was good, Simran gave Vennila 20/10. Shocked and surprised by the marks escalation, Vennila asks them why they chose to give her such numbers. Muthurasan is super proud of his wife as she has lived up to his expectations and pleased his guests with her delicious food. The house members then begin preparations for Pongal.

Tonight, Muthurasan is seen revealing the true purpose of Pongal and how it is celebrated to acknowledge the hard work of all the farmers and to bring in the new year with utmost gusto. He adds that the fervour of joy gets better when shared with the rest of the folks. Besides, all the work is for nothing if it cannot be shared with people. Neelambari is at a loss for words while Poongodi feels embarrassed. She stands quietly as Muthurasan reprimands her for her behaviour and doesn’t care that the rest of the villagers are standing right there, watching the drama. He then asks her to apologise to the crowd for her behaviour and she does as told, to avoid further conflict. What could Poongodi have said or done that made Muthurasan so angry? Stay tuned!

Exclusive: Pulli Bhaskar In Thiravam Has Shades Which Have Been Hardly Touched…