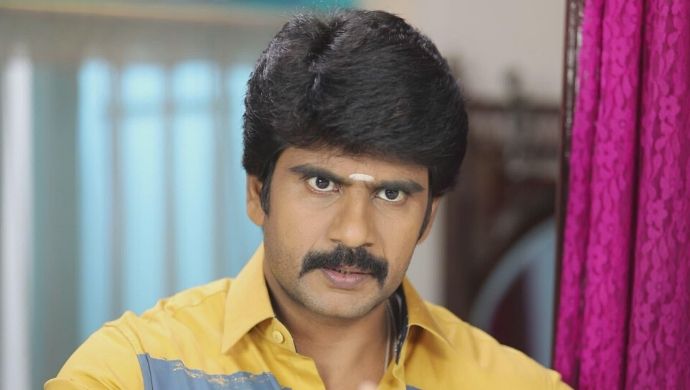 In the previous episode, Gautham and Janani try their best to spice up the romance in Vennila and Mutharasan’s lives despite their multiple failed attempts. However, Mutharasan is not aware of their plans. Meanwhile, Nilambari and Poongoodhai make sure that Mutharasan is still hung up on Swetha and does not fall for Vennila at all. Gautham and Janani decide to spike up Mutharasan’s glass of milk so he goes ahead and gets romantic with Vennila. But Azhagappan gets majorly confused and the spiked glass comes back to Gautham.

For the unversed, Mutharasan loses his first wife, Chitra, thanks to his step-mother Nilambari who kills her. She plans to get him married to Swetha and acquire all the property but things take an ugly turn when Vennila turns up and says that she wants to marry him. Chitra’s ghost also makes multiple attempts at making sure that he doesn’t end up with Swetha.