Here's what happened in tonight's episode of Yaaradi Nee Mohini. 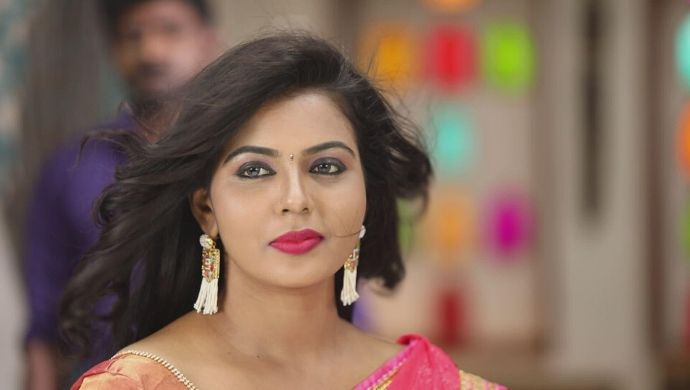 In the previous episode, Nilambari and Mutharasan are worried about Swetha’s whereabouts. Annamalai tries to convince Mutharasan that she might not come back and it’s best that he married Vennila since it was destined to happen anyway but in vain. Annamalai, along with Azhagappan and gang, sends the other members of the family on a chase to find out where Swetha is but Poongudi catches Azhagappan red-handed.

Azhagappan blurts out the entire truth to Poongudi leaving Annamalai disappointed. At home, he gets an earful from Nilambari and the other members of the house. He begs for forgiveness and tells her that he only did so out of gluttony since he was promised a bucket of biryani. Poongudi tells Nilambari that they should focus on getting Swetha and Mutharasan married instead of competing with Annamalai.

Meanwhile, Annamalai and gang are dancing in his room. Vennila asks what’s the occasion to which he tells her that he is just excited for her marriage. Azhagappan enters the room sulking and tells them off for landing him in trouble. He then tells them he cannot even watch Zee Tamil on TV anymore to which Annamalai says that he just has to pick the right package and he will be able to see it again.

Later on, Annamalai is going somewhere on his bike when he realises that he is being followed by another big vehicle. So, he speeds up and takes a turn to save himself. Just when the bus leaves his sight and he gets back on his bike, another truck starts following him and speeds up to kill him and later on, a car. He lets go of his bike and starts running. He is cornered at the gate of a bungalow when he gets a call. The woman on the call tells him that this was just a warning and tells him that he will soon find out who planned all of this. She also promises him that he will meet her and get to know her soon.

After some time, a woman enters the house wearing the mask of a tiger, in a pink saree. She starts calling Swetha’s name and everyone enters the living room to see who it is. Nilambari asks her who she is but she stands there quietly. She touches Nilambari’s feet to seek her blessings and greets everyone else in the house. Everyone is confused since she has not taken the mask off yet. She even asks Vennila how she is and lauds her culinary skills.

She even goes to Annamalai and tells him that she told him she’ll meet him soon and he figures that it’s the woman who tried to have him killed. Mutharasan enters and asks who the woman is and even Nilambari doesn’t have an answer to it. She tells him that no one will believe that he even has a child and that she knows why Swetha is so hell bent on marrying him now that she has seen him. She removes the mask and shows her face to everyone.