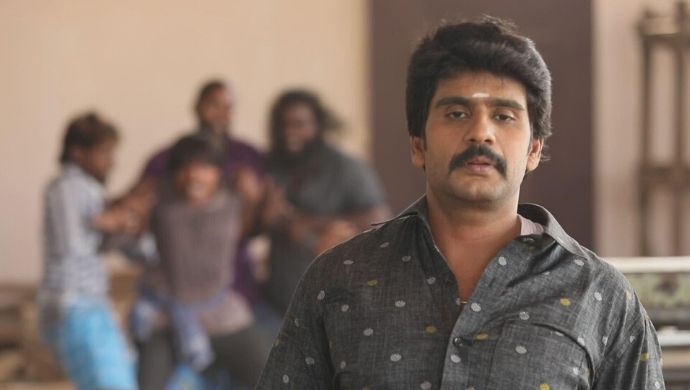 In the previous episode, Varsha discovers Annamalai’s secret that he has hidden the Guruji in a hospital. After he leaves the hospital, Varsha threatens the Guruji and takes him with her. Annamalai finds out that the Guruji has been discharged and follows them. He finds himself in an abandoned warehouse and a couple of goons attack him. They hold him tightly as Varsha shows them a confession that she forced out of the Guruji where he demeans his own character.

In the upcoming episode, Mutharasan somehow reaches the warehouse and sees Annamalai in trouble. He fights with the goons until one of them hits him on the head with a wooden log. Mutharasan falls unconscious leaving Annamalai shocked. Will Mutharasan be gravely injured? Or will Annamalai be able to fight back? To know more, watch Yaaradi Nee Mohini when it airs on Zee5 tonight.

Those who missed the last couple of episodes, here’s what you need to know. Mutharasan’s first wife, Chitra, was killed by his step-mother, Nilambari. She brings her niece Swetha into his life and wants him to marry her but he had already promised Vennila that he will marry her. Swetha puts him under a spell that makes him announce that he will only marry her. However, Chitra’s spirit is still hovering around trying to protect her loved ones from the evil ones. She keeps ensuring the Mutharasan never marries Swetha at any cost.

Sathya 8 November 2019 Preview: Sathya Is Curious To See A Strange Crowd Outside Her Shop