Will Swetha Legally Marry Muthurasan And Dupe Him? 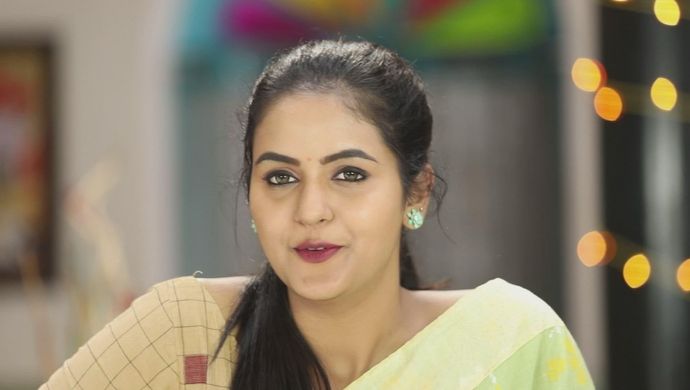 In the last episode, we saw Janani and Goutham ruining their wedding night because the former was worried about Vennila. She even gets into a fight with Goutham over this and calls him selfish. Janani overhears Swetha’s conversation and fears her next move. Vennila talks Janani into starting her new life with her husband happily instead of worrying so much. Vennila leaves the puja worried the next morning due to certain inauspicious incidents and fears bad luck. She prays and asks God to protect the family from whatever evil is hovering around them.

If you have missed watching the previous episode, you can catch it here.

In the upcoming episode, Annamalai finds out about Swetha’s plan to marry Muthurasan legally. Though he doesn’t know her intentions behind it, he tells Swetha that he knows her next move. Muthurasan is in a fix about segregating the property but agrees to it since he wants the best for Janani. Swetha calls Annamalai her favourite enemy since he guessed her evil plan even before she could execute it. Goutham and Annamalai decide to prevent the registrar officer from entering the house and going ahead with the proceedings. Will they be able to stop Swetha? How will Vennila spoil their plans? To know more, log into ZEE5 to catch the whole episode of Yaaradi Nee Mohini when it airs today evening.

For the ones who missed the last couple of episodes, Nilambari and Swetha fool Muthurasan into getting him married to the latter. Even though he loves Vennila, he has no memory of it, thanks to his step-mother, Nilambari. Muthurasan also has a young daughter named Rudra, who is very fond of Vennila. For more such entertainment, watch Rettai Roja, a tale of sibling rivalry between twins, Anuradha and Abirami, streaming on ZEE5.