Yaaradi Nee Mohini: Annamalai Stumps Swetha, Gives Her A Taste Of Her Own Medicine

Swetha will regret not checking the cards before distributing them to the guests. Thus Annamalai gives her a fitting reply for humiliating Vennila. 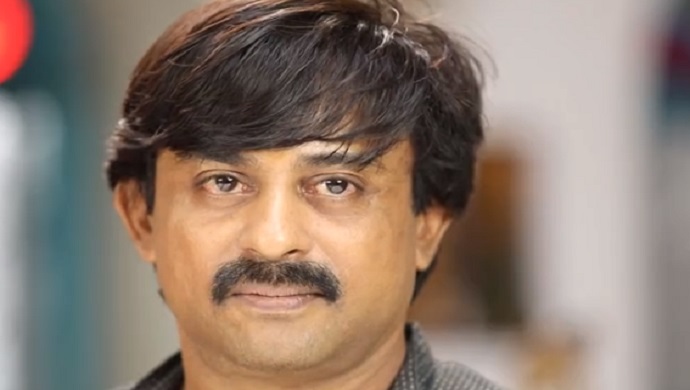 In today’s episode of Yaaradi Nee Mohini starring Sree Kumar, Nakshatra and Chaitra Reddy in the lead roles, Annamalai stumps Swetha by giving her a taste of her own medicine. The jovial person, who wants Vennila to marry Mutharasan, tells Swetha that the love and adulation she received from people was not real. By saying so, he irks her and makes her wonder what must have gone wrong.

For the unversed, here’s a summary of the last few episodes. Janani and Goutham’s wedding preparations are underway at Mutharasan’s mansion. Swetha, who had initially objected to their marriage taking place ahead of the scheduled date, gives in after failing in her attempts to disrupt it. Later, she pretends as if she is keen to see them get married, and insists that her name should reflect as Swetha Mutharasan in the wedding invite while Vennila chooses to omit her name from the list. But Swetha being Swetha, takes a dig at Vennila and says that her name must be a part of the invite as Tyagi Vennila.

Parvathy Aka Shabana Shajahan’s Glamourous Avatar Will Drive Away Your…

To teach Swetha a lesson, Annamalai chalks out a plan to stump her. In yesterday’s episode, Swetha visits peoples’ homes along with her friends to invite them for Janani-Goutham’s wedding ceremony. She gets blessed by people who think that she has given up her desire to marry Mutharasan to let Vennila become his wife. However, she is unaware of the fact that her name has been printed as Tyagi Swetha. Today, she will regret not checking the cards before distributing them to the guests. Thus Annamalai gives her a fitting reply for humiliating Vennila. Keep watching Yaaradi Nee Mohini to know what happens next and for more entertainment, check out Poove Poochoodava starring Karthick Vasu and Reshma Muralidharan on ZEE5.

Parvathy, Shakthi, Vennila and Swetha - Four Beauties In One Frame, Check Out The Pics Now