In today's episode, Janani will be disheartened after knowing that she failed to perform the puja. Later in the day Goutham meets with an accident. 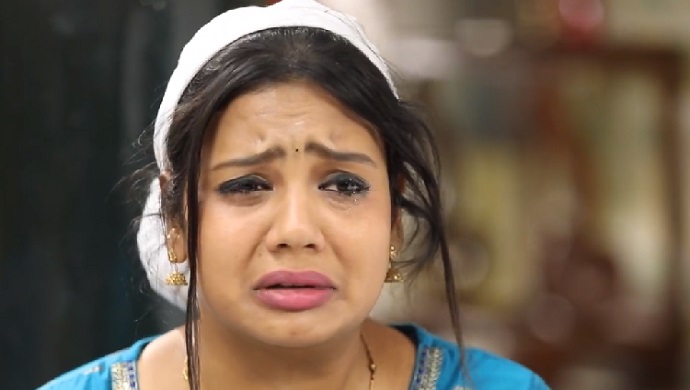 In today’s episode of Yaaradi Nee Mohini, Swetha’s friends succeed in ruining Janani’s Puja. They had turned off the lights in the previous episode when she started performing the Puja. As a result, she couldn’t put all the 9 stones in the water pot. One of the stones fell on the floor, and thus, it ended up ruining her efforts. In today’s episode, Janani will be disheartened after knowing that she failed to perform the puja. And later in the day Goutham meets with an accident.

For the unversed, Swetha wants to ruin Goutham and Janani’s wedding plans. She doesn’t want them to marry before she gets married to Mutharasan. Hence, she wants to cause hurdles on their path by hatching dirty plans against them. Except for Swetha and her friends, everyone wishes to see Janani and Goutham married. But now that Goutham has met with an accident, will their wedding get pushed further?

Here’s a summary of the last few episodes. Annamalai is no longer a part of Mutharasan’s mansion. He was asked to leave the house after Swetha accused him of teaming up with the villagers against Mutharasan. But Annamalai, who had vowed that he would get Vennila engaged to Mutharasan, fulfills his promise. He threatens to commit suicide if Mutharasan refuses to attend the engagement ceremony. And to save Annamalai, Mutharasan reluctantly gets engaged to Vennila.

Swetha, who was warned by Kulanagini’s Tagudu, ends up witnessing Vennila and Mutharasan’s engagement ceremony. And now, to avenge her and her well-wishers, Swetha is hell-bent on ruining Janani’s wedding ceremony. But will Swetha succeed in her mission? Keep watching Yaaradi Nee Mohini, and for entertainment, check out, Poove Poochoodava, the unusual love story of a married couple, on ZEE5.