The Guru Maa reminded Swetha that Vennila is God's child and nothing can defeat her. Mutharasan gets closer to Vennila, even when he is hypnotised. 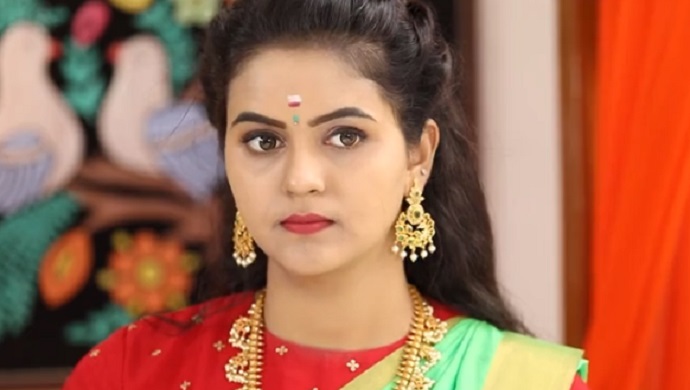 You reap as you sow. Swetha is reaping the bitter fruits of all her misdeeds, and we aren’t surprised about it. Swetha of Yaaradi Nee Mohini wants to marry Mutharasan by hook or crook. She wants to be his wife not only to become wealthy and powerful but also humiliate Vennila, who loves Mutharasan whole-heartedly.

For those who joined in late, here’s a flashback to the story. Mutharasan was married to Chitra, who is dead. He has a daughter named Rudra from his first marriage. Vennila, the caretake of Mutharasan’s mansion looks after Rudra like her daughter and her selflessness attracts Mutharasan towards her. Mutharasan promises marriage to Vennila, but before he fulfils it, Swetha hypnotises him with the help of an occultist. He is still under the influence of blackmagic, but Vennila’s divine powers save him every time negative forces overpower him.

The Guruji (occultist) warns Swetha not to interfere in Vennila’s life, but she disobeys him time and again. Thus she invites more trouble and finds Mutharasan drifting away from her. For the unversed, Swetha asks Mutharasan to put Chitra’s Mangalyam around her neck on the day of their wedding. But when she gets to know that it is cursed, the Guruji asks her not to wear it. And to deceive Mutharasan, he makes an identical one made.

In Monday’s episode, we saw the Guru Maa reminding Swetha that Vennila is God’s child and nothing can defeat her. Now, Mutharasan will get closer to Vennila, even when he is under the influence of blackmagic. What do you think will happen next? Let us know your thoughts in the comments below!

And if you like watching stories based on reincarnation, watch Piriyatha Varam Vendum on ZEE5.