Neelambari, Mutharasan's step-mother wants him to get married to Swetha because she has her eyes on his wealth. 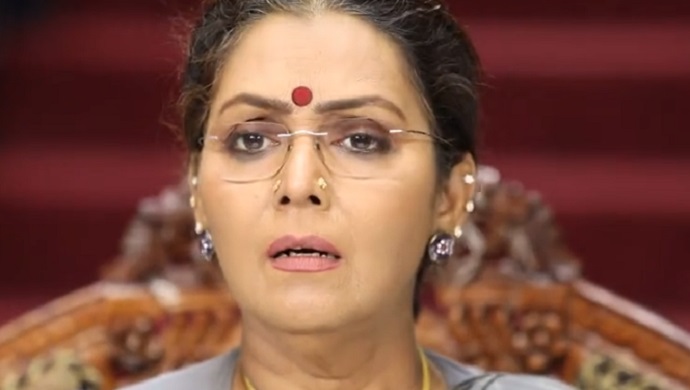 Swetha from Yaaradi Nee Mohini has done all that she could, to trap Mutharasan to get married to her. But she has failed miserably in overpowering Vennila’s divine powers. However, her stars haven’t stopped working in her favour. To help Swetha get closer to her goal, Neelambari has returned to Mutharasan’s mansion. And her presence is bound to make thinks better for Swetha.

Neelambari, Mutharasan’s step-mother wants him to get married to Swetha because she has her eyes fixed on his wealth. In the past, she has hatched plans to kill him but the divine powers have saved Mutharasan from her viscous attempts. Now, things are worse because Mutharasan is not in control of his senses. He is still under the influence of black magic. He has forgotten all about the promises made to Vennila and doesn’t recall his feelings for her. Ever since he got hypnotised by the occultist hired be Swetha, his subconscious mind tells him that Swetha is the girl he is meant to spend the rest of his life with.

Swetha, who already has three friends and Maruthu to help her execute her plans, has one more strong support in the form of Neelambari. What will Annamalai do now? Moreover, Kulanagini has gone on a spiritual tour out of the city. Who will help Annamalai in stopping Mutharasan and Swetha’s marriage?

For the unversed, Swetha instigated Vennila against Annamalai and made her disrupt the yagya Kulanagini performed to rid Mutharasan of the effects of black magic. By doing so, Swetha got a chance to mislead Mutharasan by saying Annamalai tried to hypnotise him.

However, Mutharasan and Annamalai’s friendship turned out to be stronger that Swetha’s conspiracy. She wanted to create a rift between them but ended up bringing them closer in the end. Now what do you think Annamalai will do to save Mutharasan from falling in Swetha’s trap? For more entertainment, watch Piriyatha Varam Vendum, a love story that transcends time.

Lisaa: These Scenes From The Film Will Make You Feel The Winter Chills