Swetha wants Janani to perform the Puja for her, and hence sends she Vennila away for the penance in the pond. 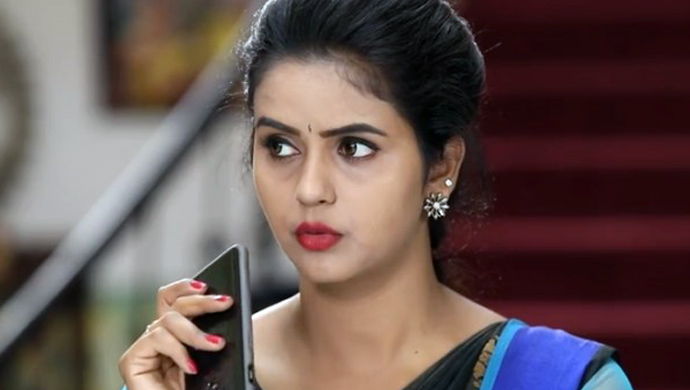 In today’s episode of Yaaradi Nee Mohini, Swetha will hatch a plan with Maruthu to kill Vennila before Janani performs the Paada Poojai. Swetha doesn’t want Vennila to be at home when Janani performs the puja, hence she narrates a fabricated story to tell why a penance needs to be performed. Swetha wants Janani to perform the Puja for her, and hence she sends Vennila away for the penance in the pond.

After Vennila leaves home, Swetha tells Maruthu that they cannot kill Vennila as she takes a dip in the pond, because everyone knows where she has gone for the penance. Hence, she shares her new plan with him to close Vennila’s chapter. Will Swetha succeed in her attempt? Will Vennila get killed? For the unversed, here’s a summary of the last few episodes. Swetha knows that as long as Vennila is alive, she wouldn’t be able to marry Mutharasan. She also knows that Annamalai will never let her marry his childhood friend. Hence, she decides to kill Vennila. So far, she has made several attempts but has only failed miserably. Now, according to her, she has a foolproof plan to eliminate Vennila. What will she do now? Take a guess.

Keep watching the show and for more entertainment, check out Oru Oorla Oru Rajakumari, on ZEE5.

Prabhu To Tell Sathya That She Is Not A Suitable Match For Him?

KS Ravikumar As Ratna Stands Out In Rekka, Here's Why!