Yaaradi Nee Mohini: Swetha May Be Implicated For Attempted Murder

The man who was stabbed is brought to the marriage hall for inquiry. 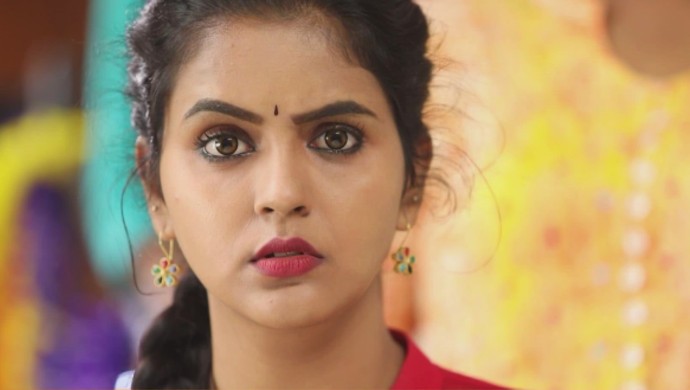 In the previous episode of Yaaradi Nee Mohini, we saw the police trying to arrest Goutham right during the middle of his marriage ceremony, for stabbing a man to death. However, Mutharasan clarifies that the man in question is not dead, but very much alive and recuperating in the hospital. Mutharasan also adds that it was he who took him to the hospital. Scroll below to read about what is likely to happen in tonight’s episode.

If you missed watching the previous episode, you can catch it here.

A teaser video put out for today’s episode shows the man who was stabbed being wheeled into the mandapam, covered in bandage. The police, still suspicious about Goutham, ordered that the patient be produced for enquiry. Panic stricken that the man might implicate her in the incident, Swetha has already escaped from that place. Will the man implicate Goutham or Swetha? To find out, watch this episode of Yaaradi Nee Mohini when it airs today evening on ZEE5.