Swetha has realised that no matter what she does, she will not be able defeat Vennila. Hence, she decides to use her Brahmastra. 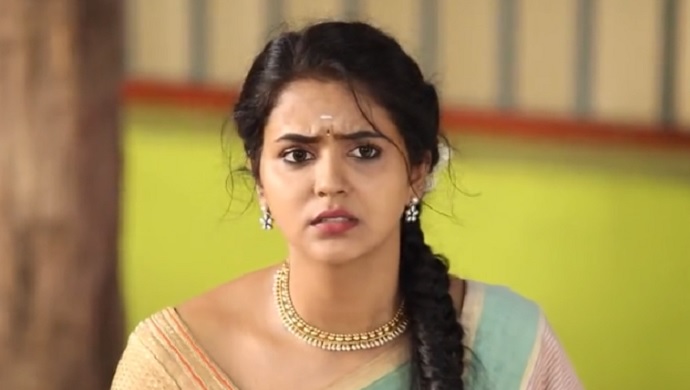 Now that Swetha has faced defeat one after the other at the hands of Vennila, she decides to cross the limits of decency by doing something that will scandalise not only Mutharasan but everyone in the family.  In today’s episode, even Swetha’s friends will get stunned after knowing what she intends to do now to marry Mutharasan. What is Swetha planning to do and how will she ensure Mutharasan is left with no choice but marry her?

The only good thing is that Swetha has no one apart from her friends to support her in her malicious attempts to remove Vennila from her path. The occultist (Guruji) has also withdrawn his support after the divine snake threatens him for working against Vennila. However, his black magic on Mutharasan still remains a cause of concern for Annamalai, who visits Kulangini to seek her suggestions and blessings. Kulanagini knows Vennila is God’s child and is blessed with divine powers. Hence he doesn’t foresee any physical harm to her, but she cautions Annamalai about keeping Swetha away from Mutharasan.

As predicted by Kulanagini, not Swetha but Vennila donates thaalis to ten couples and oversees their wedding ceremony. She also gets blessed by them for conducting the marriage and thus, she rids Chithra’s Thaali of the curse. The villagers bless Vennila and Mutharasan for their marriage as Swetha stands helplessly after getting stopped by Chithra. Now, Swetha has realised that no matter what she does, she will not be able defeat Vennila. Hence, she decides to use her Brahmastra. To know what the Brahmastra is, watch Yaaradi Nee Mohini tonight.

And for more entertainment, watch Poove Poochoodava, on ZEE5.

Poove Poochoodava's Meenakshi And Shakti Are Like Sisters Off Screen As Well? See Pics