Yaaradi Nee Mohini: Swetha To Prove That She Loves Mutharasan More Than Her Life?

Swetha wants to convince Mutharasan that she loves him more than her life by doing something that will make him indebted to her. 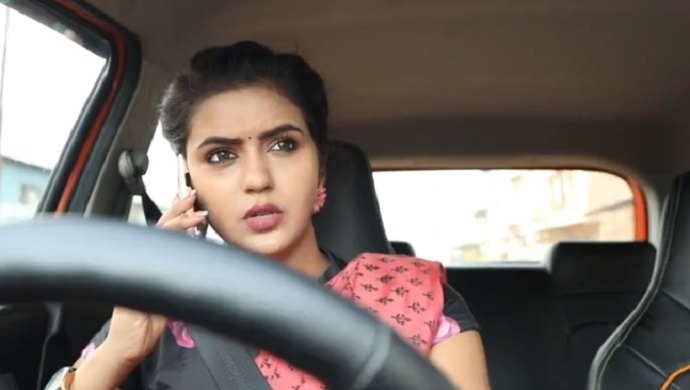 If you are a fan of Yaaradi Nee Mohini, then you would be eager to see Mutharasan get married to Vennila. But will Swetha let him marry the woman she hates the most? We saw how low Swetha can stoop after she killed Kulanagini for supporting Vennila. We also know that she wanted Mutharasan to impregnate her out of wedlock to compel him to get married to her. And now, she may take yet another dirty step to satisfy her inflated ego.

Swetha is so obsessed with Mutharasan that she is willing to take extreme steps to marry him and inherit all his wealth. Now, after getting warned by Kulanagini’s voice-over, Swetha looks determined to prove her wrong. She wants to convince Mutharasan that she  loves him more than her life by doing something that will make him indebted to her. But what is she planning to do?

To rid herself of the golden piece of paper that has Kulanagini’s messages to her, Swetha has tried to destroy it but not matter what she does, it returns to her. Even the occultist, Guruji, has asked Swetha to keep away from Vennila. Hence, to accomplish her mission, she wants to focus only on Mutharasan. Swetha is now hell-bent on making Mutharasan feel that she is loves him the most.

However, Annamalai knows that Swetha will do something or the other to grab Mutharasan’s attention. Will he be able to stop Mutharasan from believing her fabricated stories? In today’s episode, Swetha undermines the power of Kulanagini’s power by challenging it. She wants to see who can stop her from executing her plans that will make Mutharasan go gaga over her.

On Sathya's Birthday, Her Enemy Hatches A Plan To Kill Her?

Enakkul Oruvan Maybe A Psychological Thriller, But Is Also An Experimental Offering?