In tonight's episode, Vennila, who loves Mutharasan unconditionally, may ruin the Yagya conducted by the Kulanagini. But will she succeed? 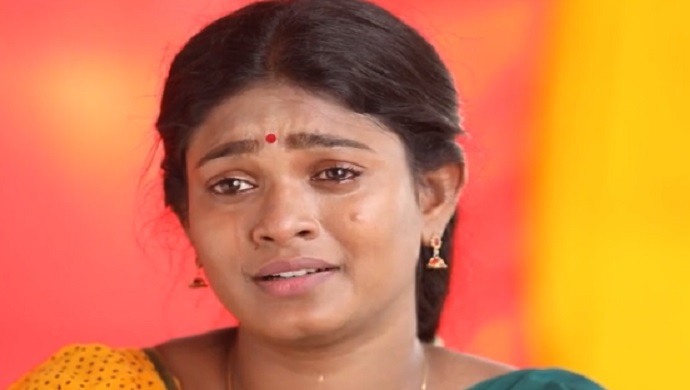 Swetha may take advantage of Vennila’s innocence and clear conscience to ruin the Yagya performed by Kulanagini at Annamalai’s behest. Now how will Annamalai save Mutharasan from the effects of blackmagic? What will happen tonight in your favourite show Yaaradi Nee Mohini? Here’s a quick preview of this evening’s episode of the supernatural drama starring Shreekumar, Nakshatra and Chaitra Reddy in the lead roles.

Swetha, who wanted Mutharasan to impregnate her out of wed-lock, gets shattered after knowing that Kulanagini was performing a Yagya to cut the effects of the blackmagic done by the occultist. Unfortunately for Annamalai, the Guruji, who hypnotises Mutharasan, gets to know about his efforts to save his friend. He informs Swetha and asks her to return to the mansion with Mutharasan to find a solution to the problem at hand. He realises that Kulanagini is not an ordinary woman but someone blessed with divine powers. He also knows that Kulanagini may succeed in her attempt to remove the ball of blackmagic from Mutharasan’s stomach. And hence, to ruin her efforts, he tells Swetha to instigate Vennila against Annamalai and mislead her to achieve their mission.

In tonight’s episode, Vennila, who loves Mutharasan unconditionally, may ruin the Yagya conducted by the Kulanagini. But will she succeed in her attempt? And what will Annamalai do after Vennila disrupts his efforts to save Mutharasan? To know what happens hereafter, watch Yaaradi Nee Mohini, and for more entertainment, check out the videos of Nachiyarpuram, starring real-life couple Dinesh and Rachitha, on ZEE5.