To save herself, Swetha accuses Annamalai of performing black magic on Mutharasan. She tries to create misunderstandings between the two friends. 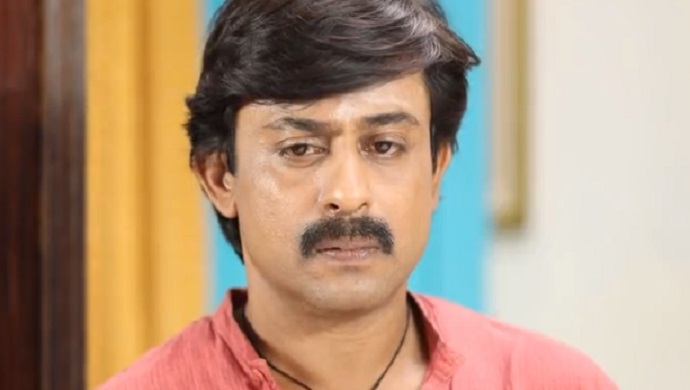 In Thursday’s episode of Yaaradi Nee Mohini, we saw Swetha instigating Mutharasan against Annamalai by accusing him of performing black magic on him. Mutharasan, who is oblivious about Swetha’s real character, refuses to give Annamalai a chance to explain why he conducted the Yagya. Mutharasan even refuses to let Vennila defend Annamalai. Thus, Swetha creates a wide rift between the two childhood friends. What will happen if Annamalai leaves Mutharasan’s house? What will Vennila do after Annamalai goes away?

For those who joined in late, here’s a little flashback to the story. After losing several opportunities to impress Mutharasan and convince him for marriage, Swetha decides to use her Brahmastra. She takes Mutharasan away from the house on the pretext of spending some quality time with him. But her intentions aren’t good. She wants him to impregnate her so that he is compelled to accept her as his wife. Thankfully, Annamalai learns about Swetha’s dirty trick and informs Kulanagini about it. She asks Annamalai to bring Mutharasan to her ashram, but after knowing that he wouldn’t be able to attend the Yagya, she performs it in his absence.

Annamalai attends to Yagya to rid Mutharasan of the effects of black magic on him. But sadly, the Guruji, who had hypnotised Mutharasan, informs Swetha about the Yagya and asks her to send Vennila to disrupt it. Thus, the Yagya gets interrupted, and Mutharasan continues to remain under the influence of black magic. To save herself, Swetha accuses Annamalai of performing black magic on Mutharasan. Thus, she tries to create misunderstandings between Mutharasan and his closest friend, Annamalai. For more entertainment, watch Sathya, a love story of a tomboyish girl, on ZEE5.

Check 5 Best Ice Cream Spots in Chennai, If You Are Fascinated by Sundhar’s Post